In parts of the country where medical marijuana is legal, people with post-traumatic stress disorder can get a prescription to use marijuana to treat PTSD. Even the most conservative states have allowed treatment of PTSD with cannabis.

A recent sign of this change occurred when ultra-conservative Texas expanded the list of conditions the state allows marijuana to treat. Lawmakers added PTSD to the list along with cancer patients. The new law went into effect Sept. 1, 2021.

People should not consider medical marijuana to treat PTSD as a cure. Rather, cannabis may help alleviate some of the symptoms of PTSD. They include anxiety, stress and processing the events that originally caused the trauma.

PTSD refers to a psychological condition in which people experience difficulty in recovering from experiencing or witnessing a traumatic event. Many people associate the term with veterans who have experienced war and combat. But these events also can include a natural disaster, serious accident, terrorist act and rape. PTSD also occurs in those who have been threatened with death, sexual violence or serious injury.

How Does Marijuana Treat PTSD?

Studies are ongoing in this area. The Department of Veteran Affairs considers the matter not yet settled by science and does not yet recommend its use. Some studies have shown that cannabis has promise in this area.

For example, a Washington State University study found that inhaled cannabis reduced PTSD symptoms by 50 percent, including anxiety. A Canadian study found that using marijuana to treat PTSD resulted in reduced depression and suicidal thoughts among those who suffer from PTSD.

Another study published in Cannabis and Cannabinoid Research showed that veterans who use cannabis for a one-year period experienced a reduction in PTSD symptoms when compared to a control group that did not use cannabis.

Paul Armentano, deputy director of the cannabis advocacy group NORML, noted that veterans self-report cannabis use at higher rates than the general population. He said, “Many veterans attest that cannabis is effective for the self-management of their PTSD symptoms. These findings substantiate their claims.”

New Mexico Led the Way on Marijuana for PTSD

Before the current recreational marijuana legalization movement began, leaders in New Mexico already had approved cannabis to treat PTSD. The 2009 law ranks as the first in the United States to specifically added PTSD to the list of conditions the state allowed cannabis to treat.

Today, all but two state medical cannabis programs allow cannabis for treatment of PTSD, according to the Marijuana Policy Project (MPP). However, the two exceptions – Alaska and South Dakota – have legalized recreational marijuana use. Of the other states, 29 list PTSD directly as a qualifying condition for marijuana use. Another five, as well as the District of Columbia, give doctors wide latitude on prescribing cannabis for any qualifying condition.

While research is ongoing, those living in legal medical marijuana states have the ability to use marijuana to treat PTSD. As the studies show, many will find at least temporary relief. Look for more studies on this issue as legalization continues to spread across the country. 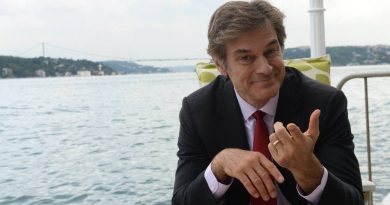