If accurate, the $33 billion cannabis sales figure for 2022 would represent a 32 percent increase over sales in 2021. That projection comes from a study by MJBiz Daily, which focuses on the cannabis market.

What’s more, the study projects that the total economic impact of the cannabis industry – including creation of cannabis jobs – could reach $100 billion at the end of 2022 and $158 billion by 2026.

The new study projects a big increase in both cannabis sales and economic impact even if Congress does not vote to decriminalize cannabis. The U.S. House approved a bill legalizing cannabis in spring 2022, but it’s since hit a snag in the U.S. Senate.

“While federal legalization flounders in Washington DC, the American cannabis industry’s economic impact could be near $100 billion by end of 2022 and nearly $158 billion by 2026,” Jenel Stelton-Holtmeier, editor of MJBiz Factbook, told Forbes. “This means that for every $1 that consumers and patients spend at adult-use stores and dispensaries, an additional $1.80 will be injected into the economy, much of it on a local level.”

That economic arithmetic has helped drive the continued legalization of cannabis across the country. About 77 percent of the U.S. population now lives in a state with some form of legalized cannabis. Currently, 18 states have legalized adult-use cannabis while 37 have legalized medical marijuana. Washington DC has legalized both.

To put that into perspective, that’s more people working in cannabis than people working as dentists, electrical engineers or paramedics. The cannabis workforce has grown substantially every year since legalization first got off the ground in the middle of the last decade, but it’s seen a sharper increase recently.

The Washington Post reported that the cannabis industry also has provided jobs to thousands who lost work due to the COVID-19 pandemic. Cannabis dispensaries and cultivation operations “became an early refuge for retail and restaurant workers who had been furloughed or laid off,” according to the Post.

The new study projects that surge will continue throughout 2022 and at least over the next few years. That’s especially the case if states such as Pennsylvania, Rhode Island, Maryland and Ohio join the ranks of legal states. 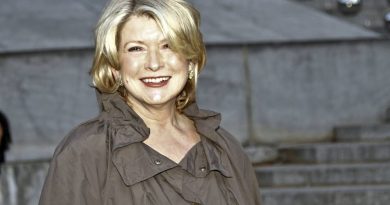 Martha Stewart Joins List of Celebrities in the Cannabis Business