As Florida marijuana-advocates prepare to get legalization of recreational cannabis on the 2020 ballot, what happens in the state could prove interesting for those following marijuana legalizations nationwide.

How Will Florida Vote?

Florida is now the third largest state in the union, behind California and Texas. The state often serves as indicator of how things will go nationally. It’s neither as liberal as many West Coast state nor as conservative as Texas and other states in the South.

For example, the state has voted for the winning presidential candidate in nine of the last 10 presidential elections, dating back to 1980.

The same might be true for marijuana. Only nine states have legalized recreational marijuana. If the issue does get on the ballot, the result in Florida could provide an indication of how the issue might eventually go in the other 40 states.

Much of the history of the state mirrors the national attitude toward marijuana. Here’s a look at some of that history.

Florida provided the case that marijuana opponents used to demonize cannabis in the early 20th century.

In 1933, Victor Licata was charged with killing six members of his family with an axe. They lived in Ybor City in Tampa. Authorities used his supposed use of a marijuana to tie cannabis with violent behavior. However, modern researchers have found that no mention of marijuana was made in the initial report and he consistently denied using cannabis. He also never stood trial. The court found him severely mentally ill. He spent the rest of his life in an asylum.

However, Harry Anslinger, the nation’s first leader of the Bureau of Narcotics, used the case to promote the idea that marijuana makes users violent. It also served to spark such anti-marijuana propaganda as the film, “Reefer Madness.”

A year before Woodstock, the Miami Pop Festival drew 120,000 people to watch Jimi Hendrix, Joni Mitchell, Marvin Gaye and Fleetwood Mac. While the West Coast got marijuana from Mexico, Florida became the conduit for the East Coast from marijuana originating in Jamaica and other Caribbean Islands, according to Miami New Times.

The War On Drugs

With the election of Richard Nixon, Gerald Ford, Ronald Reagan and George Bush between 1968 and 1992 – a long Republican era broken up only by four years of Democrat Jimmy Carter in the late 1970s – the War on Drugs took off. And so, of course, did the illegal marijuana activity.

Few states can rival Florida in terms of marijuana smuggling stories. Where now people can get medical marijuana right over the counter, in the 1970s and 1980s people were going to jail just for possession. That included fishermen in the Everglades and members of the Zion Coptic Church of Miami, which basically was a front for pot smugglers.

But the state also was looking far ahead. In Gainesville, a marijuana strain called Gainesville Green had become one of the most sought-after in the country. And in the city itself, a municipal law was passed that cut money from the sheriff’s budget every time an arrest was made for possessing small amounts of marijuana, according to the Gainesville Sun.

It was one of the nation’s first efforts at decriminalization.

As many states and local governments work to roll back the incredibly harsh penalties for marijuana possession even in places where it is not yet legal, Florida provides a case of just how insane drug laws became.

Convicted rapist John Crutchley was known as the Vampire Rapist because authorities charged him with not only raping young women but also draining their blood. He was convicted for kidnapping and raping a woman and served 10 years.

When he was released, he was caught smoking marijuana and sentenced to life in prison without parole because it was his third arrest (the “three strikes” drug law), according to the Associated Press. So, he received a longer sentence for using marijuana than he did for kidnapping and rape. There are few cases that so starkly illustrate the severity of drug laws. 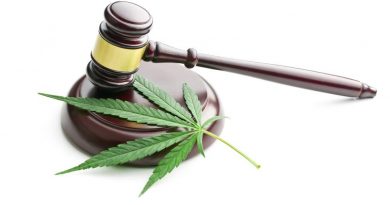