Voters will get the chance to approve legal marijuana in Arizona in November. If they do, Arizona will become the 12th in the nation to making adult-use cannabis legal.

State officials placed the issue on the ballot in August. It recently cleared a legal challenge when the state Supreme Court voted to allow it on the ballot. The measure allows those 21 and older to possess up to an ounce of cannabis for adult use. It also calls for a 16% sales tax to generate an estimated $300 million each year.

The money from legal marijuana in Arizona would fund community colleges, public safety, health and roads. The state Department of Health would regulate the program. That includes issuing licenses and deciding whether to make home delivery legal.

Voters in Arizona have the chance to bring the number of legal states to an even dozen. The states that have made adult-use cannabis legal are Alaska, California, Colorado, Illinois, Maine, Massachusetts, Michigan, Nevada, Oregon, Vermont and Washington.

Cannabis activists submitted 420,000 signatures in July to put legal marijuana in Arizona on the ballot, far more than the 255,080 needed. The secretary of state approved the measure for the ballot about a month later.

The Arizona law allows people to grow six plant in their home for non-commercial purposes. It also allows Arizona residents with past marijuana convictions to ask the court to have their arrest records expunged.

Many see expunging of such records as a social justice issue. People of color are more likely to get arrested for marijuana possession than white people, meaning a higher percentage of their population have arrests on their record.

Arizona is not alone in putting legalization on the ballot. Lawmakers in New Jersey have approved a measure to put before voters in November that would legalize recreational marijuana. In South Dakota, an adult-use initiative has also made the ballot. Voters in Montana may get the same opportunity, but it is still pending state approval.

Many state leaders are hoping that legal cannabis can help bring money into state budgets ravaged by the impact of the coronavirus. Their hopes mirror those about alcohol after the Great Depression.

Cannabis remains illegal at the federal level for all uses. Polling has found that a majority of people in the state support legal marijuana in Arizona. National polls done by Gallup have shown that 67% of people in the United States support some form of legal cannabis. 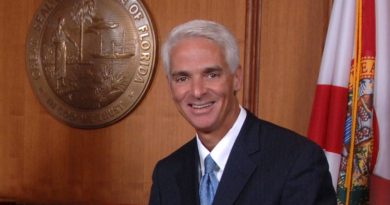