Since the emergence of Bitcoin in 2010, more than a half dozen types of cryptocurrency have been announced with the goal of using them for marijuana-related transactions.

That hasn’t happened yet, but not for lack of trying.

Perhaps the best known is the release late last year of ParagonCoin by former Miss Iowa Jessica Versteeg and her husband, Russian millionaire Egor Lavrov. The two raised $25 million for the venture and began offering $100 million worth of the cryptocurrency at $1 each in September.

Because marijuana remains illegal at the federal level, most banks still will not extend services to the cannabis industry. This leaves every business in marijuana essentially working on a cash-only basis.

Entrepreneurs have hoped that cryptocurrency, which handles transactions through blockchain technology and allows for digital record keeping, might help marijuana move away from cash. Not to mention solve the security issues of having to handle large amounts of cash and the penalties for paying taxes in cash.

But consumers have not picked up on the idea. It might be a matter of convenience. For example, getting cash from an ATM is still more simple than buying a cryptocurrency and downloading the app needed to use it.

Adam Howell, creator of DopeCoin, told Leafly that there are dispensaries that will accept the currency, “but no one uses it.” Howell, in business with DopeCoin since 2014, said he has yet to see a business use cryptocurrency to conduct daily business or store money.

The Potential of Blockchain

Transactions are recorded in chronological order and cannot be changed once entered.

The advantage to marijuana companies is that blockchain allows a way to keep track of transactions without centralized record keeping. Many feel the technology could be used to better track marijuana from seed-to-sale.

That could help marijuana businesses on everything from tracking sales and managing inventory. It could also help governments better track marijuana sales.

Many companies are moving on the idea. Cannabis company MassRoots also hopes to use blockchain for seed-to-sale tracking and sales at dispensaries. Nevada-based Nuvus Blockchain also plans to create a blockchain platform for cannabis businesses.

While clearly it has not caught up yet with consumers, both cryptocurrency and blockchain could still play a role in better management of the growing marijuana industry. 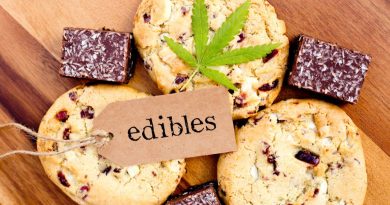