CBD is getting a lot of attention in our dispensaries.com News and Culture section.  We never intended to spend so much time talking about this compound building block of marijuana.  We just can’t help it.  There’s so much misunderstanding out there about what marijuana does to the body and how it works that many consider it a gateway drug.

So, in honor of CBD and to spare you from us blabbering on and on about its incredible uses and applications, this week we’re exploring some of our favorite facts about marijuana and its impact on health and society.

Did that really come as a surprise to you?

See, the thing is that heavy drug users have, it seems, more often than not tried pot because, well, it’s more accessible. So, chances are, if you’ve tried less accessible drugs like heroine or cocaine, you’ve probably also tried marijuana.  In fact, according to the Drug Policy Alliance, “most marijuana users never use any other illegal drug and the vast majority of those who do try another drug never become addicted or go on to have associated problems.”

In April 2015, Newsweek published an article called MARIJUANA IS NOT, REPEAT NOT, A GATEWAY DRUG.  The article points to a number of other factors like poverty and association to heavy drug users as truer indicators, or gateways, to serious drug use.  The article brings up the correlation between marijuana and illicit drug use, citing that “most of the research linking marijuana to harder drug use comes from the correlation between the two. However, as any junior scientist can tell you, correlation does not mean causation.”

Time published this article in 2010, that also brings up correlation as the crux of the marijuana gateway argument.  “Hell’s Angels motorcycle gang members,” its author points out, “are probably more 104 times more likely to have ridden a bicycle as a kid than those who don’t become Hell’s Angels, but that doesn’t mean that riding a two-wheeler is a ‘gateway’ to joining a motorcycle gang.”

The two – marijuana and “the hard stuff” – do correlate.  Those seeking mind alteration or strictly the high may seek it in many ways.  But to continue on with the Nixon era charade that marijuana actually is a cause for escalated drug use?

What do you think?  How serious an issue is this myth in your cannabis circles?  How are you working to help make the fact known?  Because it’s just not a gateway drug, is it? 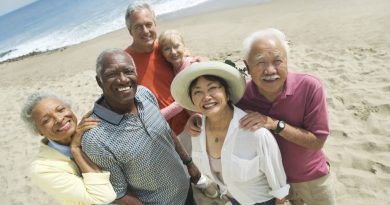 Millennials Drive Use of Cannabis – And Maybe Lower Alcohol Consumption