There are many reasons people want cannabis made legal at the national level. For one thing, it would make cannabis available to every U.S. citizen, not just those living in certain states. For another, it would end what has become a growing problem of cannabis law confusion.

As things stand, cannabis laws are a patchwork quilt of different rules and regulations across the United States. Martha’s Vineyard, the vacation spot for the well-to-do on the East Coast, provides an excellent example of cannabis law confusion.

Home to a “bustling vacation island for prominent politicians, business people, and celebrities,” according to the Harvard Political Review, the island also has a distinction that separates it from the rest of Massachusetts: You can’t bring marijuana there.

Even though voters made cannabis legal in Massachusetts in 2016 and legal sales began late in 2018, you can’t bring cannabis to the island. That’s because it’s surrounded by federal waters, and marijuana is illegal at the federal level in the U.S. The state of Massachusetts has no jurisdiction over these waters.

That means you are breaking the law bringing marijuana to Martha’s Vineyard – and subject to federal search and seizure if you do. Silly? Yes. But a real issue? Absolutely.

As pointed out by the Harvard Political Review, “This tangle of drug policy, enforcement, and jurisdiction exemplifies the complicated and oftentimes quarrelsome interactions between federal and state governments.”

Other Areas of Legal Confusion

Many other areas of cannabis law confusion have emerged as the federal government continues to list cannabis as a Schedule I illegal drug on par with cocaine and LSD. Meanwhile, 11 states have legalized marijuana for recreational use and 33 have done so for medical use.

It’s easy to see how conflicts can happen. They include the following.

Overall, there is low-level confusion about marijuana laws almost every day. That’s why Illinois, which is about to start legal sales, is warning people about bringing cannabis to airports or on a plane.

In Missouri, a man with the legal right to grow marijuana under the state’s new medical marijuana law was jailed for possession. That incident is a product of what the Kansas City Star called “the lack of legal clarity” about the medical marijuana program which “has left patients, law enforcement officers and officials in a state of confusion over what constitutes legal possession.”

Until legalization happens at the national level, expect this level of cannabis law confusion to continue as the patchwork approach to cannabis legalization continues. 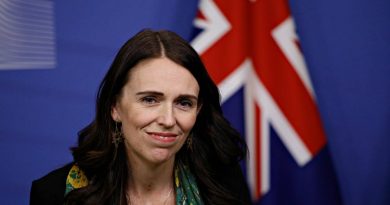 What Does Decriminalized Marijuana Mean?