In Mexico, just as it is in the U.S., marijuana is illegal to personally grow, possess or consume.  (Recall that states that have legalized marijuana have passed amendments to their state-level constitutions.  But at the federal level, marijuana is illegal in the U.S.) Many have long pointed to pot’s illegal status being a huge upside for Mexican drug cartels, whose illegal means are estimated to generate over $1.5 billion a year alone from the sale of weed in the U.S.

The Mexican Government: The Backstory

Undermining drug cartels and lessening the federal outlay on fighting marijuana related crime have been major arguments in the fight to legalize weed in both Mexico and the U.S. with little progress made to date nationally for either. But what about our human or constitutional rights to consume pot? This has been, until now, a lesser publicized argument for marijuana legalization.

An advocacy group called SMART (The Mexican Association for Responsible Self-Consumption and Tolerance, in Inglés), recently argued in an appeal to the country’s supreme court that the Mexican “government is infringing on the constitutional doctrine of the free development of personality” by banning pot. Basically, it is, or ought to be, a constitutional or human right for an individual to use his or her own best judgment in self care. Just as it would be legal to eat fast food, drink soda and become morbidly obese, it ought to be legal to smoke weed. So long as an act does not infringe upon others’ rights, freedom of choice and self-expression ought to be allowable and constitutionally protected.

The Mexican Supreme Court has agreed.

So what does that mean? Well, pot is still illegal for all but the four SMART Mexican advocates that filed the petition. But the win for international legalization advocates is very real.  Read more about it here >> 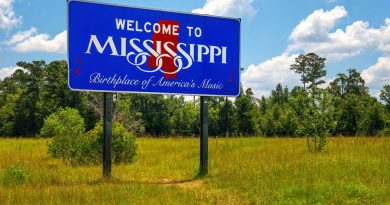