After a statewide bill died in the Nevada Legislature that would have legalized weed lounges, officials in the City of Las Vegas decided to take matters into their own hands. The Las Vegas City Council voted in May to allow for so-called weed lounges in the city.

The decision gives cannabis users – including the millions of tourists who pour into the city every year – a place to legally smoke weed, which currently can only be done in private homes or specialty clubs.

Councilman Bob Coffin, who sponsored the measure, told the Las Vegas Review Journal: “The state will catch up. We can’t wait for the state to act.”

The new law will allow businesses already permitted to sell marijuana products to also apply for a special-use permit. If granted by the city, that permit will allow the businesses to both sell cannabis products and create a space where cannabis can be consumed onsite.

In a year, businesses that do not already sell marijuana will also be allowed to put in for a weed lounge license.

There are restrictions, according to the Review Journal:

Additionally, the weed lounges cannot be opened within 1,000 feet of places where non-restricted gaming is conducted. They must also be the same distance from schools.

Businesses that apply for a weed lounge license must also file a plan with the city detailing how they will manage security solutions, sanitation and odor control.

Solving the Marijuana Public Use Problem

Unlike most other states or cities that have legalized marijuana, Las Vegas faces the issue of accommodating the millions of people who visit there each year on vacation.

Vacationers have the right to purchase marijuana at a dispensary. They just don’t have a place to use it, legally. Most hotels still do not allow the use of cannabis on the premises. And marijuana use is not allowed in public areas. That includes casinos, bars and restaurants.

That issue was one of the driving forces behind the city council’s actions. Council member Cedric Crear told the Las Vegas Sun: “I think that we need these social-use venues. It allows people that are coming into town a place to go smoke legally.”

Marijuana industry representatives felt that the measure was a necessity for a place such as Las Vegas where recreational marijuana is legal, tourism is high and the city “markets itself as a place for indulgence and vice,” the Sun wrote.

Las Vegas will be the first city in the state of Nevada to allow for weed lounges. Legal Recreational Marijuana in Arkansas Could Make the November Ballot 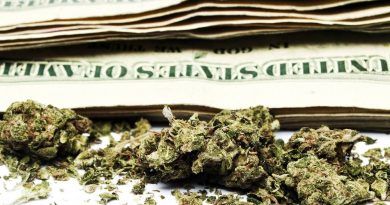 You May Now Buy Weed in Oregon. Just Because.