In 2020, cannabis supporters had a banner year. Providing a silver lining to the pandemic-fueled cloud that shrouded most of the year, cannabis sales soared and voters made adult-use cannabis legal in five states. But what states might legalize marijuana in 2021?

As of the end of 2020, 15 states and Washington DC have legalized marijuana for recreational use. Those states are Alaska, Arizona, California, Colorado, Illinois, Maine, Massachusetts, Michigan, Montana, Nevada, New Jersey, Oregon, South Dakota, Vermont, and Washington.

What can the New Year provide as a follow-up act? Certain states seem poised to legalize marijuana in 2021. They include the following.

With marijuana now legal in New Jersey, can New York be far behind? Before the coronavirus pandemic hit, New York Gov. Andrew Cuomo put a marijuana legalization plan into the state budget proposal. He also said he planned to tour legal marijuana states to get familiar with how it’s done elsewhere. COVID-19 put a stop to all of that. However, Cuomo is expected to restart legalization efforts in the coming year, with a focus on a social justice component.

Another northeastern state looks to follow in the footsteps of New Jersey and Massachusetts. Much like Cuomo in New York, Connecticut Gov. Ned Lamont backed marijuana legalization at the beginning of 2020 before the pandemic derailed everyone’s plans. Lamont said in the fall that with New Jersey voting for legalization and Democrats in control of both chambers in the statehouse, he expects to pursue legalization in 2021.

In the fall of 2020, Pennsylvania Gov. Tom Wolf called for legalization of recreational marijuana in the state to help with a budget crisis caused by dealing with the pandemic. He plans to use some of the money raised through taxes on cannabis to provide loans to economically disadvantaged small businesses. The roadblock: the Republican party controls the state legislature.

New Mexico Gov. Michelle Lujan Grisham has long been a supporter of legalized recreational marijuana. She touts legalization as a way to create millions of dollars in revenue for the state and thousands of jobs for New Mexico residents. A Senate committee blocked a legalization bill in the fall, but most expect lawmakers to take up the issue again in 2021.

Another state on the East Coast seems ready to join the legal recreational marijuana states.  Gov. Ralph Northam has already announced plans to introduce legislation that will legalize adult-use cannabis, saying it will generate about $300 million in taxes each year for the state.

In the longshot category, Texas lawmakers will almost certainly see bills filed to legalize cannabis during the 2021 session. However, passage of a bill through the legislature seems unlikely in the Republican-controlled state.

As of the end of 2020, these states seem the most likely to legalize marijuana in 2021. But keep in mind that as with everything in politics, things can change rapidly. 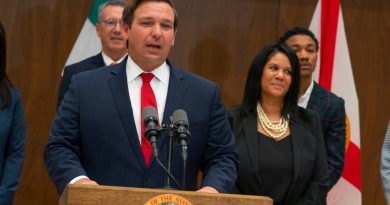 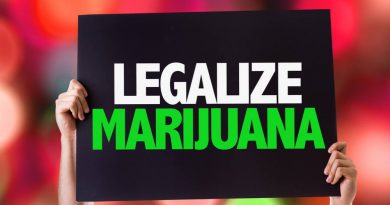 Why Should Marijuana Be Legal?