For the first time in history, a branch of the government in the United Kingdom has acknowledged that marijuana products provide health benefits.

The government’s Medicines and Healthcare Products Regulatory Agency (MHRA) announced recently that cannabidiol (CBD), an active ingredient in cannabis, has a “restoring, correcting or modifying” effect on the “physiological functions” of those who partake in cannabis.

While some think the report could prove a pivotal point for those wanting to legalize marijuana in Great Britain, according to The Independent, most also acknowledge the government seems far away from making such a move in the near future.

Still, Jordan Owen, managing director of MediPen, which markets an all-natural CBD vaporizer, told the newspaper the report could be a game-changer. The review came about because of discussions between MediPen and government officials.

“Since our inception we’ve worked hard to obtain our goal of breaking down the negative connotations surrounding cannabis to lead to a reform in the law for medicinal use,” Owen said. ““Now this is finally becoming a reality, which will provide ground-breaking results.”

The decision from the MHRA in the U.K. involved only CBD products, specially grown marijuana products that contain a low level of THC (the active ingredient in marijuana that causes the “high”). Advocates argue the products retain the health benefits of marijuana without the psychotropic affects.

The government report agreed with this stance. The MHRA report states that it took into consideration all the scientific evidence and advice based on testing of CBD.

The assessment concluded that the MHRA reached the conclusion that CBD qualifies as medicine “because it may be used by or administered to human beings either with a view to restoring, correcting or modifying physiological functions by exerting a pharmacological, immunological or metabolic action, or to making a medical diagnosis.”

As part of the assessment report, the MHRA concluded that since CBD qualifies as a medicine, producing and selling the product should require licensing.

In a statement released in November, the agency expanded on its findings. They have notified companies in the U.K. that sell CBD products to comply with new regulations requiring a license by Dec. 31, 2016.

In a statement on the agency’s website, a spokesperson for the MHRA said that since the agency now views CBD as medicine, “medicinal products must have a product license (marketing authorization) before they can be legally sold, supplied or advertised in the UK, unless exempt.”

The agency also said it is “vital” to ensure that CBD products meet safety standards for medical products.

The new assessment provides yet another example of how marijuana laws are rapidly changing not just in the United States, but around the globe. 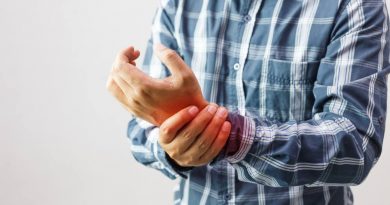