State lawmakers have voted to make Alabama medical marijuana legal, making it one of the few states in the South to legalize marijuana in any form. The vote drew national attention because of a long debate that, in the end, saw some Republicans decide to back the measure, making it a bipartisan vote.

It’s been eight years since the first Alabama medical marijuana legalization bill was introduced in the legislature. But the idea met with nothing but failure until May 2021.

“They laughed at me,” former Democratic state Rep. Patricia Todd, the sponsor of the 2013 bill, told the Associated Press about the reaction she got from Republicans at the time. “I’m glad to see it passed. It’s long overdue.”

The Vote Is A Significant One in the South

The South region of the United States has more residents than any other section of the country, with more than 125 million people living in the region’s 16 states. When it comes to marijuana, only one state in the South – Virginia – has legalized recreational marijuana. And that just happened a few months ago (legal sales won’t begin until 2024).

A handful of other southern states have legalized medical marijuana: Arkansas, Louisiana, Oklahoma, Florida, West Virginia, Maryland and Delaware. The U.S. Census Bureau counts Maryland and Delaware as part of the South region. In addition to Alabama and the states mentioned above, the other states in the South are Texas, Mississippi, Georgia, South Carolina, North Carolina, Tennessee and Kentucky.

Mississippi voters have approved medical marijuana but the statewide system to regulate it has not yet been put in place.

While the vote signals more acceptance of cannabis, it also comes with restrictions. Patients will require a doctor’s recommendation to use medical marijuana, and it can only be used for about a dozen conditions. They include cancer, a terminal illness, chronic pain, depression and epilepsy.

Also, it remains illegal to smoke or vape cannabis. Instead, patients must use pills, creams or skin patches, according to the AP.

The state senate had already passed the bill. In the House, a Republican lawmaker – Mike Ball – sponsored the legislation. But other Republicans held up a vote on the bill, leading a nine-hour debate on the law.

“A lot of times folks get set in their ways and it’s just hard to open your heart to something. … It just tells you that we are changing our mind about some things, it’s just a slow go.”

With passage of the bill by both chambers of the state legislature, the fate of Alabama medical marijuana now rests with Gov. Kay Ivey. A member of her staff told CNN they look forward to reviewing the bill. 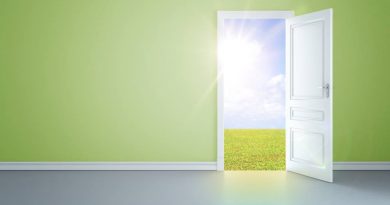