Canada continues to provide Americans a glimpse into what national legalization of marijuana could look like. A year after initially making recreational marijuana legal, the country is preparing to roll out new legal marijuana products this year.

They include edibles such as cookies and chocolates. Edibles were missing from the list of approved products when legalization first became effective in October 2018. Because all products must meet federal government standards, most products are not expected to hit shelves until mid-December of 2019 at the earliest.

“It’s an exciting time because this is a chance for Canada to make this ours,” chef  Travis Petersen told CBC. “I just hope we don’t miss our opportunity [because of] the government’s nervousness of getting it wrong and holding back.”

The Canadian government has certainly been cautious. But it’s also continued to move forward.

The most discussed new cannabis products in Canada focus on food and drink. Both have seen heavy investment by companies in recent years. Consumers are about to see the payoff.

The Canadian government took it slow when it came to edibles. Officials gave themselves one year to develop regulations for edible products. As pointed out by Investopedia, that’s also given retailers a chance to develop products.

They’ve also given Canadians samples of what is to come. A government survey found that about 25% of cannabis consumers had been given a free editable sample in the previous month.

Investopedia expects a rush on edibles once they become available, projecting that “edibles alone could become a billion-dollar industry in the years to come.” Expect to see chocolates, gummy bears and cookies.

Constellation Brands, which makes Corona beer, has invested $5 billion into the Canadian company Canopy to create marijuana-infused drinks. The Ottawa Citizen reports that some drinks will be sparkling, while others are flat.

Most also will have zero to few calories. Canopy is expected to release about 10 different drinks in the first year.

Because it can take more than an hour to feel the effects of a cannabis drink, some companies are working on a “rapid onset” version that includes dissolving powder into water, according to the Citizen.

Vape pens will also be available. Despite the recent spate of vape-related illnesses in the United States, officials in Canada are not concerned. That’s because all vaping products must pass nationwide safety and health standards as part of marijuana being legal at the national level.

Many of those who fell ill in the U.S. were “vaping contaminated black-market cannabis oil,” as pointed out by the Citizen. 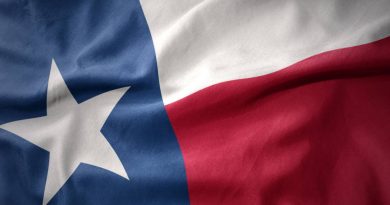