New Jersey’s governor expects sales of recreational marijuana to begin soon, finally fulfilling a voter-approved referendum from the November 2020 election. Sales are expected to begin at some of the 23 existing medical marijuana dispensaries that received state approval to sell adult-use cannabis.

Gov. Phil Murphy, who has been under pressure to get the New Jersey recreational cannabis system up and running because so much time has passed since the referendum, also said he is open to adding an amendment to the law that will allow people to grow cannabis in their homes.

On his radio show on WBGO in late February, Murphy said: “If I had to predict, we are within weeks — I would hope in March — you would see implicit movement on the medical dispensaries, some of them being able to sell recreational cannabis. They’ve got to prove they’ve got the supply for their medical customers. I hope shortly thereafter, the standalone recreational marijuana operators.”

In that same show, Murphy said he’s “never been ‘heck no’” to eventually allowing people to grow cannabis in their home, something other legal states allow but was left out of the New Jersey referendum.

Although Murphy and New Jersey have been in the spotlight for a slow set up of the adult-use sales program, it’s not anything new. Maine, for example, took years before it got its program running. Massachusetts didn’t start sales until two years after voters approved it in a referendum.

As has been the case in other states, local municipalities must approve the sale of recreational cannabis within their borders. In New Jersey, local leaders must acknowledge in writing that “alternative treatment centers” – in other words, medical marijuana dispensaries – have their OK to sell cannabis for adult use.

The state currently has 23 retail outlets that sell to 120,000 New Jersey residents who have signed up for the state’s medical marijuana program, according to NJ.com.

“One of the biggest deficiencies we’re seeing is a lack of municipal approval,” Jeff Brown, executive director of the New Jersey Cannabis Regulatory Commission, told the website. “That’s an issue, and supply continues to be an issue. It’s the priority of the CRC to get recreational sales started as soon as we can, but we have to do it in a way that’s compliant with the law. We need the industry to get there.”

Dispensaries Threaten to Lay off Workers

The delay has taken so long that some medical marijuana dispensary owners who ramped up their business operations in preparation for legal adult sales – including expanding the size of their workforce – now say they may have to destroy some cannabis and layoff those workers.

But while it’s taking longer than expected, Murphy said on his radio show that it is “better to be right than to be fast.”

As in other states, social justice issues have also been part of the debate over how to set up the New Jersey recreational cannabis sales system. This includes supporting minorities, who the War on Drugs impacted the most, to get into the legal cannabis industry. It also includes a commitment to expunging criminal records for those arrested on marijuana possession charges.

On the latter issue, Murphy said state courts have expunged more than 362,000 marijuana cases since July 1, 2021. 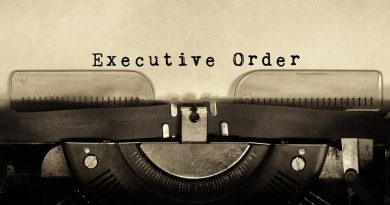