If polling numbers are correct, Florida is just months away from joining the 20-plus states that have already approved the legalization of marijuana for medical purposes.

Voters in November will consider a proposed constitutional amendment called the Florida Right to Medical Marijuana Initiative, known as Amendment 2. The amendment would legalize marijuana for “individuals with debilitating medical conditions as determined by a licensed state physician.”

The measure requires 60% of voters to approve it in order to pass.

In 2014, a similar measure won 57.62% of the vote, just shy of the amount needed. But this year’s measure is getting overwhelming approval in surveys being conducted of likely voters.

A Quinnipiac University poll in May found that 80% of voters in the Sunshine State said they will vote for the measure. Support levels were greater than 70% across all categories, regardless of political party, age, gender, education level or age.

A Gravis Marketing poll, also conducted in May, found that 69% of voters favored the measure.

Four states – Colorado, Oregon, Washington and Alaska – and the District of Columbia have legalized marijuana for recreational use. The Florida law would legalize marijuana only for medical use, meaning it would have to be prescribed by a doctor.

Battle Ahead in Florida

The support comes as no surprise to those who are part of the cannabis industry.

Cassandra Farrington, CEO pf Marijuana Business Daily, recently organized a three-day event on the marijuana business in Kissimmee, Fla. She told WJXT Channel 4 out of Jacksonville that holding the event in Florida was planned because of the level of support.

“We’re here in Florida, because at all of our national events that we’ve hosted, we’ve had very strong attendance out of Florida,” she said. “We are confident that when, and it’s not going to be an if, when Florida legalizes marijuana on a medical or a recreational level, the Florida market is going to be absolutely huge.”

John Morgan, a trial lawyer, is spearheading the legalization effort.  He told the Miami Herald the measure still faces well-funded opponents. Among them are St. Petersburg businessman Mel Sembler, who is raising millions to fight the measure.

Whatever happens over the next few months, voters will make the final decision. Floridians will vote on Amendment 2 on Nov. 8.

Marijuana Sold Legally in Florida for the First Time Since 1937 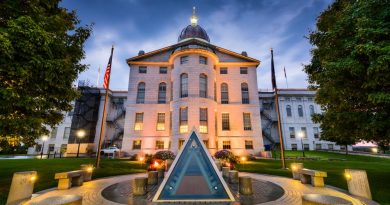