People know Los Angeles best as the home to the film industry. But the sprawling metropolis also is a center for several other industries. These include aerospace, fashion, biosciences, world-class universities and ports in Los Angeles and Long Beach that combined are the largest in the western hemisphere.

And in the near future, marijuana may get added to that list.

Voters in November approved recreational marijuana in the Golden State, where medical marijuana has been legal since the 1990s. That decision will propel California as a whole and Los Angeles in particular into position as the legal marijuana capital of the world, predicted Adam Bierman, CEP of MedMen, a Los Angeles company that works with the cannabis industry.

“The financial industry has Wall Street, the tech industry has Silicon Valley, and the cannabis industry will soon have Los Angeles,” he wrote for CNBC. “No disrespect to Denver, but Los Angeles is about to come out of the shadows and steal the spotlight.”

Emerging From the Shadows

People spend about $30 billion a year on cannabis already across the United States, according to a 2016 report from the Cowen Group, a marketing firm in New York City. However, only about one in every five dollars gets spent on legal marijuana, with the rest going into the “black market.” With recreational marijuana legalized in California, much of that business will move to state-licensed businesses, the report predicted.

In California, where more than a tenth of the U.S. population lives and the economy is the sixth biggest on the planet, that shift will result in billions of dollars getting pumped into the legitimate economy. Across the whole country, Cowen estimates legal marijuana could generate $50 billion.

At the city level, Los Angeles leaders are in the process of creating a licensing program for recreational marijuana dispensaries that should allow businesses to begin operation in early 2018.

“Expect to hear big news out of Los Angeles in 2017,” Bierman wrote.

Supporting that argument, Steve Kerr, head coach of the Golden State Warriors, told ESPN that while marijuana does not agree with him, he tried it over the last two years while dealing with pain from back surgery. He said leagues should consider changing their policies banning marijuana use.

Whether the predictions are correct, few will argue that California – and Los Angeles in particular – are about to experience an economic boom not unlike what Denver and Colorado had in the past few years after voters there approved the use of recreational marijuana. 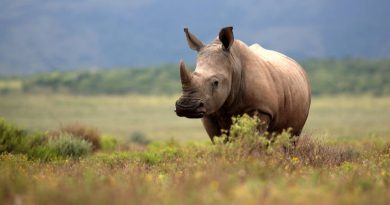 Many Employers Still Testing Employees For Cannabis Use