Denver and the state of Colorado have led the way on marijuana legalization from the beginning, providing a blueprint for other states to follow. Now, new laws have established customer-friendly changes – including marijuana delivery in Denver – and a social equity focus to cannabis legalization that other places may follow.

The city mayor and council approved laws that allow marijuana delivery in Denver, something that the city previously banned. Deliveries should begin sometime in the summer of 2021. The new laws also give the greenlight to “consumption clubs,” an idea that has been kicked around in Colorado and other parts of the country for years.

The clubs will allow patrons to buy and consume small amounts of cannabis on the premises.

“This is potentially the most massive changes to marijuana rules and regulations since initial legalized sales began,” Eric Escudero, spokesman for the Denver Department of Excise and Licenses, told CBS 4 Denver.

One of the changes approved by city leaders will allow dispensaries to hire third-party vendors for marijuana delivery in Denver. The new licenses will only be available for those who meet the city’s new social equity criteria.

The change also removes the 220-store cap on the number of dispensaries in the city of Denver, allowing new businesses in the city to apply.

Also, the city is legalizing consumption clubs. Owners must apply for one of two hospitality licenses. The first would allow customers to consume cannabis on the premises. The second would allow the business to also sell small quantities of cannabis.

These new businesses will only be available for the next half dozen years to owners who meet the city’s social equity guidelines.

The new law also establishes temporary rules on who can apply for a marijuana dispensary, marijuana delivery in Denver and hospitality licenses. The changes are designed to help minority business people and those from communities most impacted by the War on Drugs.

For the next six years, according to Escudero, anyone applying for a dispensary, delivery or hospitality license in Denver must meet the following criteria. 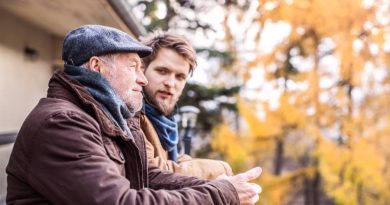 Tips On Talking to Parents About Marijuana