A new study has found that those who use cannabis are not at a higher risk for cardiovascular disease. In some cases, they found that using marijuana lowered the risk of heart disease and related issues.

The researchers, affiliated with Florida International University’s Herbert Wertheim College of Medicine, published their study in the journal Cureus. Their findings are one of many studies that have reversed some of the long-held myths about marijuana.

The findings came from an in-depth analysis of data on almost 57,000 adults. They did not find that using marijuana led to higher risk of heart disease. They reported that in some cases, they found that patients who used marijuana had a lower risk, an area that they wrote needs further study.

How They Conducted the Study

To get a large sample of patients, the Florida researchers used data collected from questionnaires given to patients. They then isolated those who used marijuana, and compared their instances of heart disease to those who did not use marijuana.

They also adjusted the data for other potential factors that can lead to heart disease, including age, gender, race/ethnicity, body mass index (BMI), income, exercise, tobacco use, alcohol use, and depression.

“Our study found that there is no link to marijuana use and an increase in cardiovascular disease,” the researchers wrote. “Furthermore, there may be a link between marijuana use and lowered risk of cardiovascular disease, but the data was not statistically significant when adjusting for confounding variables. This study does, however, implicate the need for future studies with other methods and/or larger sample sizes to provide more insight into this potential association.”

They reported that age, income and depression proved to be important risk factors for heart disease. They also said there were limiting factors to their study, including the fact data came from self-reported answers. Because a stigma against cannabis use remains among some in the country, it’s possible cannabis used was underreported.

Other Studies Have Reached Similar Conclusions

Other studies also have found that fears that cannabis could lead to heart disease and cardiovascular problems may be unfounded, even as most call for more research into the area. The past studies include the following.

None of this means that those with heart conditions should feel free to use cannabis without consulting a physician. However, the findings in these studies do seem to undermine the myth that cannabis on its own can contribute to heart disease. Expect more information on this issue as the U.S. allows more research into marijuana. Alcohol vs. Marijuana: Which One Is Worse For Your Health? 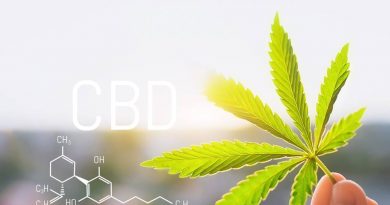