Nothing belies the image of the stoner on the coach quite like the fact that athletes increasingly are turning to marijuana as part of their exercise regimen.

That’s because the health benefits of marijuana are coming to light. No longer can cannabis be written off as escapism for lazy people. Just the opposite is true.

Medical marijuana is one area that has received the most attention. Even professional athletes have turned to medical marijuana for pain management, rather than using prescription painkillers that are highly addictive.

Vaping is the healthiest way to get the benefits of medical marijuana, which is why DaVinci produces a first class line of vaporizers. This includes the DaVinci IQ, considered one of the most advanced vaporizers available.

Increasingly, active people and athletes are turning to cannabidiol products (CBD). Derived from marijuana, these products use an active chemical in cannabis that does not produce the “high” feeling. The uses of CBD have expanded in recent years in promoting wellness, including use by athletes. Terpenes, which causes the aroma of marijuana, are increasingly becoming popular for the same reason. And the benefits reach far beyond just those associated with working out and sports. They also promote wellness and can help manage headaches, nervousness and even depression. For active people, workouts take a toll. Muscles get sore. In some cases, they can become painful. Staying fit requires pushing a body hard. For professional athletes, those issues obviously are more profound.

Opioids can be effective at battling pain. However, they are highly addictive.

Professional athletes in all major sports have advocated for the study and use of marijuana. They include former NFL players such as Eugene Monroe, Franco Harris, Jake Plummer and Kyle Turley. NBA coach Steve Kerr and former coach Phil Jackson have both said that marijuana and CBD should be studied for use by the league.

Many also proclaim the benefits of CBD products. They include:

That’s because CBD products interact with receptors in the brain that manages the perception of pain as well as inflammation, body temperature and cardiovascular flow.

What many do not know is that these advantages also are associated with terpenes. And the benefits go beyond just helping with a fitness regimen.

The Power of Terpenes Aromatherapy is an area where marijuana provides medical benefits. It promotes both physical and psychological wellness. Vaping is a popular, healthy choice for making use of terpenes.

Benefits of terpenes include acting as a muscle relaxant, weight loss and appetite control, combatting depression, antibacterial properties, treating insomnia and as an anti-inflammatory agent. Other plants outside of marijuana also can prove beneficial.

DaVinci offers a line of aromatherapy products derived from various plants, all of which can be used with their line of vaporizers. Each has its own distinctive flavor and purpose. Some of the examples include the following.

Chamomile. This can prove helpful for those fighting indigestion, nervousness, depression and also headaches. The plant originates in Europe and West Asia, with related strains in North America. It proves especially useful for digestive issues, nervousness and irritability.

Wild Lettuce. Provides a dreamy feeling and is best used as a light sedative or to combat headaches.

DaVinci vaporizers are equipped to work with aromatherapy products. Because users control the temperature, they can set it for use with terpenes. You can see a video on using the DaVinci Ascent with Catnip.

Studies are ongoing around the world to determine the health benefits of medical marijuana. In the U.S., medical marijuana is legal in 29 states and the District of Columbia. That means the number of people getting prescriptions for its use has grown rapidly.

There are certain conditions where medical marijuana is most often prescribed. They include the following.

Pain management. This is the most frequent condition for which medical marijuana is prescribed.

Nausea, Loss of Appetite. This in particular provides a benefit for cancer patients undergoing chemotherapy treatment.

Seizure disorders. Medical marijuana has been studied for use on those with epilepsy, with very encouraging results.

PTSD. Some veterans have advocated for the use of marijuana to combat post-traumatic stress disorder. Some tests have shown certain strains of marijuana can have a calming effect.

Depression. While not as common, some patients say marijuana can serve to alleviate feelings of depression.

In short, marijuana potentially could be used for many different conditions. And many of studies into the issue may find other uses.

Vaporizers have a host of advantages for medical marijuana users.

For some, it’s simply an issue of the irritation from smoke inhaled by burning cannabis. But there are other reason, as well. They include the following.

It’s healthier. Vaporizers don’t burn cannabis. They heat it to a temperature just below the level of combustion, about 392 degrees Fahrenheit. The vapor produced provides all the benefits of marijuana without some of the harmful side-effects of burning marijuana.

More discrete. Those who use medical marijuana sometimes complain about the lingering smell and smoke from burning cannabis. A vaporizer eliminates that problem by greatly reducing the odor and all but eliminating the smoke.

Better taste. Quality vaporizers such as those from DaVinci allow you to taste the flavor notes of marijuana, making it a much more enjoyable experience.

Less costly. After an initial investment in a vaporizer, vaping saves money over the long run. It takes less cannabis to feel the effects with a vaporizer, meaning each purchase of cannabis lasts longer. DaVinci brings a number of quality products to the table for those looking to use marijuana for medicinal purposes. Founded in 2011, the company focuses on portable devices. The focus is on producing innovative products that enhance flavor while working flawlessly.

Innovation. The company constantly strives to integrate the latest technology into their products, providing features and designs competitors lack.

Control. As part of their innovative strategy, DaVinci strives to provide users with options and technology that allows them to control their vaping sessions.

The product line reflects these commitments to excellence. They include the DaVinci IQ, which offers a compact vaporizer that includes a SB charging cable, alcohol wipes, chimney brush, keychain tool and a carry can.

The IQ is a precision vaporizer, which means it has a design that pulls flavor and provides a pure vaping experience. It also offers four different temperature settings to adjust depending on what is being used for that particular session.

DaVinci also offers the DaVinci Classic, a rugged and lightweight portable vaporizer. It features temperature controls and long battery life. The DaVinci Ascent builds on the Classic, offering an upscale vaporizer with glass pathways and a stylish design.

This attention to detail in their products have made the people at DaVinci some of the most admired in the business. The accolades have come in from many sources.

Hail Mary Jane rated the IQ “the best dried herb vaporizer we’ve tested.” They praised the premium materials, the zirconia pathways and “amazing flavor.” The Huffington Post also listed the IQ among the five best new vaporizers for 2017. They compared the design of the IQ to the sleek Apple iPhone.

The wave of exceptional products have catapulted DaVinci to the top of vaporizer products. For those who use medical marijuana and terpenes, the DaVinci line of products offers a healthy option to serve their health and medical needs. 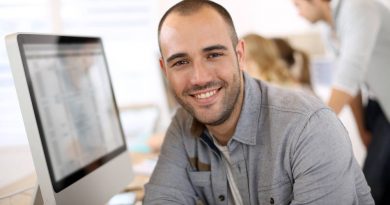