The University of Washington is currently seeking women to participate in a new Moms and Marijuana study that will assess the impact of marijuana use by pregnant women on the brain development of the unborn child.

It’s a study that might seem unneeded. After all, most people assume marijuana is bad for expectant mothers. However, the researchers at the University of Washington behind the Moms and Marijuana study report that little research has been done to support this belief.

They also report that many studies have looked at the wrong issue. Most studies of prenatal cannabis exposure have focused on addiction, with pregnant participants using alcohol and other substances in addition to marijuana, according to the university’s Department of Radiology website.

The Moms and Marijuana study will include pregnant women who only use marijuana. Natalia Kleinhans, who has a doctorate in clinical psychology, will lead the research.

How It Will Work

On the website, the school offers to pay women $300 to enter the study. They also are promised access to digital images of their baby’s brain, as well as referrals to a doctor if any issue is found with the pregnancy.

Perhaps the most important reason to participate is that the moms will provide information for future expectant mothers about the potential dangers – or lack thereof – of using marijuana when pregnant.

Participants will visit with researchers three times during pregnancy to do urine tests and complete questionnaires. Each week, participants will fill out an online, secure survey detailing their marijuana use and offer details on their mood and the level of nausea they are experiencing.

Six months after birth, both the mother and baby will visit researchers again. At this time, the infant will undergo a developmental exam and get an MRI while sleeping. Researchers will look for potential impacts of cannabis on the reward system in the brain, motor and cognitive development and social behavior.

The study will include 70 women. Half of the women will be in a control group and not use marijuana. The other half will use marijuana as they normally would and record their use.

Why Pregnant Women May Use Marijuana

The most cited reason for marijuana use during pregnancy is to combat nausea. Morning sickness is one of the most common problems for expectant mothers.

It’s the same reason why marijuana is popular with cancer patients. They use cannabis to combat nausea, vomiting and pain management.

Kleinhans told High Times that many women take drugs during pregnancy without knowing the potential impact on their unborn child or themselves.  Despite this, she said that “it’s marijuana that has the negative connotation.”

She wants the new Moms and Marijuana study to determine whether that connotation has any validity. 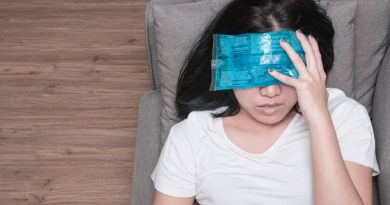