The Luna Lounge in Sesser, Ill., opened its doors in July, welcoming customers to a space where they can legally consume both medical and recreational marijuana. That’s news itself, given the lounge’s location in a town of just 1,900 people, 300 miles away from Chicago.

But the Luna Lounge beat out any potential competitors in Chicago, Springfield and other larger Illinois towns (which, given the size of Sesser, is pretty much all of them). A post on the Luna Lounge Facebook page read:

“The rumors are true. We are the first completely legal onsite cannabis consumption lounge in the state of Illinois. Bring your cannabis, and we will take care of the rest.”

Sesser sits in the middle of the state, just west of Rend Lake and about 70 miles east of St. Louis. According to the Chicago Tribune, plans to open the Luna Lounge sparked a mayoral battle.

The Sesser City Council approved the lounge in 2020 and even awarded $7,500 in a grant to make it handicapped accessible. But the decision to green light the lounge also caused controversy. Pastors from eight local churches signed a letter opposing the lounge. Then, a conservative candidate ran for mayor with the intention of stopping the lounge from opening.

However, Sesser voters came out overwhelmingly in favor of Mayor Jason Ashmore, giving him 72% of the vote against the conservative candidate. Ashmore told the Tribune about Luna Lounge: “I hope they have a domino effect and bring in tourism for other businesses. We’re hoping it will help Sesser grow.”

It also provides cannabis users a place to partake. That’s especially important for people who rent and for visitors. Like other states, Illinois does not allow for public consumption, and hotels and landlords can ban it on their properties, as well.

Why Didn’t This Happen in Chicago?

As the mayor in Sesser welcomes the cannabis lounge in his small town, Chicago Mayor Lori Lightfoot has struggled to even get the idea approved.

In 2020, she proposed allowing cannabis lounges in dispensaries, but the city council did not act on the proposal. Much like the pastors downstate, some Chicago aldermen worried that consumption lounges will become “unruly party spots,” according to the Tribune.

Meanwhile, Luna Lounge is open for business. The lounge charges people $4.20 to enter. They cannot sell cannabis and are not selling alcohol or food. They plan to offer live music, comedians and other entertainment on different nights of the week. The lounge also offers video, card and board games. 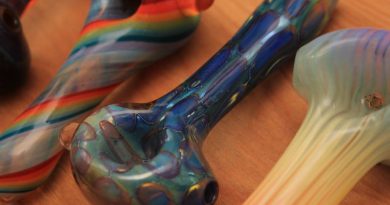