This year, the annual 420 day brought about some interesting events across the country. From gatherings in San Francisco and other cities to handing out free joints in Washington D.C.

But nothing proved more telling about the state of marijuana in the United States than a new poll done by CBS News.

The poll, released on April 20th, found that the percentage of Americans in support of legalizing marijuana sharply increased in the last year. In fact, it’s the highest it’s ever been.

The number of people that have shown support for legal marijuana increased every year since 2013, according to CBS. Back in 1979, only 27 percent of those surveyed said marijuana should be legal. That number jumped to 40 percent in 2011 and, starting in 2014, a majority (51 percent that year) approved marijuana legalization.

The survey also asked for more detailed views about marijuana, including the recent comments by members of President Donald’s Trump’s administration that indicate the new leaders in Washington D.C. might oppose the state laws that have made marijuana legal.

The other findings included:

Medical marijuana is now legal in more than half the U.S. states. Recreational marijuana is legal in eight states: Alaska, California, Colorado, Maine, Massachusetts, Nevada, Oregon and Washington, plus the District of Columbia.

When separated by age group, the poll showed that only the group over 65 did not support legalization. In that group, 37 percent supported legalization.

CBS conducted the poll in April, surveying a random sample of 1,011 adults across the country. 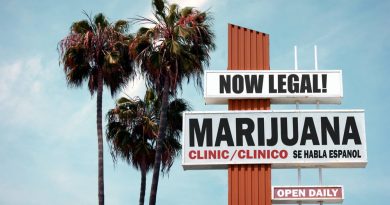