In the cannabis industry, a cannabis multi-state operator (MSO) refers to a business with operations in multiple states. With marijuana still illegal at the federal level, cannabis MSOs face unique challenges in running operations in each state by different sets of rules and regulations.

While many associate multi-state operators with dispensaries, it can apply to other cannabis industry operations, as well. This includes cultivation and processing operations. The largest cannabis MSOs have vertical structures in each state that include retail and manufacturing operations, such as Curaleaf, Trulieve, Green Thumb Industries, and Acreage Holdings.

The number of multi-state operations continues to grow. But under current law, owning a cannabis MSO presents many challenges.

A Cannabis MSO Must Take A State-By-State Approach

Marijuana remains a Schedule I illegal drug at the federal level. That’s led to states going their own way on cannabis. After a decade of actions by voters and state legislatures, cannabis is now legal for adult use in 19 states, Washington D.C. and the U.S. territory of Guam. Also, 36 states have made medical marijuana legal.

However, because of federal law, interstate commerce of cannabis remains illegal. A company cannot grow marijuana in Colorado and sell it in Montana, no matter what economic benefits such an arrangement might provide.

A cannabis MSO must find ways to establish a brand across multiple states while also creating a separate operation that adheres to each state’s laws. That includes following different sets of laws on advertising, business structure, management of facilities and compliance rules.

In addition to the legal issues involved in meeting each state’s regulatory guidelines, a cannabis MSO also faces other challenges in trying to establish a national brand for a product the federal government still considers illegal. They include the following issues.

Given the different laws and rules they must follow in each state, cannabis MSOs face the challenge of making consistent products. Part of establishing a national brand is assuring the buying public that a product purchased in Denver is not different from the same product in Boston.

Former NBA player Al Harrington, now CEO of Viola Brands, told Green Entrepreneur: “Consistency. That’s the biggest challenge. The same strain in Colorado will be different in Michigan due to the environment. Regulations are state-specific, so we have to adjust to different growing techniques, production methods, regulations, packaging, and sometimes THC limits.”

Bringing in investors for a cannabis MSO leads to many complications because multi-state operators hold multiple licenses in different states. That requires getting a variety of state regulators to sign off on adding new investors to licenses. Doing such a deal requires expertise in compliance protocols in multiple municipalities and states, as well as the ability to coordinate a transaction with multiple stakeholders.

Building a Customer Base

Although all products may get marketed to different demographics in each region of the country, cannabis messaging tends to differ more widely between, for example, San Francisco and Bangor, Maine. There also are vast differences between marketing adult-use and medical cannabis. Cannabis MSOs must match the message to each market to build a customer base.

Each state has its own set of rules and regulations, as well as taxation rates and reporting requirements. A cannabis MSO must employ people with in-depth knowledge of the rules in each state.

Despite the challenges, cannabis MSOs offer a promising business opportunity. It’s rare in the 21st century to have the chance to enter on the ground floor of an industry with the size and growth potential that cannabis represents. Expect the growth of cannabis MSOs to continue in the coming years ahead of the eventual legalization of cannabis at the federal level. 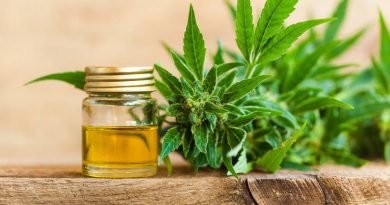 Trends in Cannabis: THC and CBD Products Expanding Rapidly in 2019