The job market in the marijuana industry continues to grow. Some estimates put the current cannabis workforce at as many as 160,000, more people than those who work as coal miners, librarians, detectives, and pilots.

As legalization for medical and recreational marijuana spreads across the country, so do the variety of jobs. It’s gone beyond bud tending and working as a trimmer at a grow house, although those remain among the top jobs.

More than 200 million Americans now live in places where marijuana is legal for either medical or recreational use. That’s led to an explosion in jobs.

According to numbers compiled by Vangst, these are some of the most in-demand jobs in the industry, ranked by annual average salary.

A director of cultivation ensures a company produces high-quality cannabis that is compliant with regulations. They establish schedules for harvest, manage pest control programs, hire and train personnel and create and oversee standard operating procedures.

Those in this job oversee extraction and refinement operations, which can include the design of the facility, the setup, and management of the laboratory, hiring and training personnel and developing standard procedures for operations.

Compliance managers ensure that a marijuana operation complies with all local, state and federal regulations. They track product from “seed to sale” and implement internal compliance audits. They also must track the changing laws surrounding the marijuana industry, which can differ widely by state. They also train staff to understand the regulations.

Outside sales representatives focus on meeting sales targets, which includes developing new accounts and managing existing customers. They develop and implement sales strategies and increase sales through educating retail partners and customers about the potentials of the marijuana industry.

Dispensary store managers oversee daily operations at a retail marijuana dispensary. The job involves hiring and training staff, developing and implementing standard operating procedures for the dispensary, and ensuring that a dispensary remains compliant with regulations and laws.

These two positions remain popular in the marijuana industry. Budtenders provide customer service to those who buy marijuana at a retail dispensary. Trimmers work in grow houses, preparing harvested marijuana for sale in dispensaries.

The company compiled the information by surveying 1,200 cannabis industry employers. 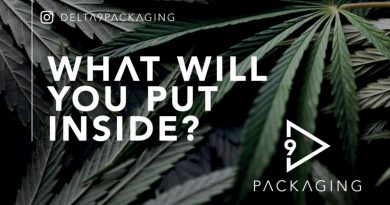