Americans set a new record on April 20, 2022. On that day, 4/20 marijuana sales reached $154.4 million, the most cannabis ever sold in a single day. In the six-day period around the cannabis holiday, retail sales reached $485 million.

Those numbers come from Denver-based Akerna, a software and data analytics company that focuses on the cannabis, hemp and CBD industries, including tracking sales. The sales in 2022 represented a 38.1 percent gain over sales in 2021 ($112 million).

The report also showed that women increasingly make up a higher percentage of the cannabis consuming public. Women accounted for more than 40 percent of the sale on April 20, 2022.

In all, from April 15-20, people around the country bought $485.3 million in legal cannabis. “To put that into perspective, the Iowa Alcoholic Beverages Division recently reported the state’s largest year of liquor sales ever – which surpassed $400 million for the first time,” Akerna notes in its press release. “This means that the US cannabis retail industry brought in more sales in just six days than Iowa did for liquor sales in a record-breaking year of their own.”

The report showed that Akerna’s earlier prediction of record sales hit the target. It also showed that another trend tracked by the company has continued: Women buy more weed than ever.

On 4/20, women made up more than 40 percent of all cannabis buyers, breaking the 40 percent mark for the first time, ever. The largest number of buyers came from the 30-year-old to 40-year-old group. The report broke down the buyers by age as follows:

Cannabis flower dominated 4/20 cannabis sales, accounting for 48.1 percent of all sales, according to the report. The next three highest categories were cartridge/pens (31.66 percent), concentrates (11.63 percent) and infused edibles (6.87 percent).

“As more markets legalize cannabis and more Americans become comfortable with the legal cannabis industry, these year-over-year increases are expected to continue,” the report stated. “Data shows cannabis has a broad appeal to people of all demographics.” 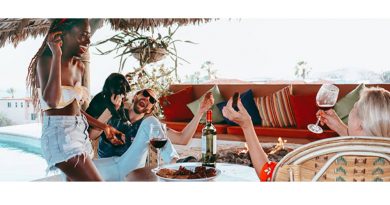