How big can it get? Forbes estimates that $4.5 billion of the $25 billion spent on legal cannabis in 2021 came from cannabis tourism. These tourists also poured an additional $12.6 billion into local restaurants, hotels, shops and attractions – and added more revenue to state and local tax coffers.

California has emerged as a center of the cannabis industry and magnet for cannabis tourists. “They’re tourists and they’re shopping – they are here to spend money in the mecca of weed,” Victor Pinho, cofounder of cannabis tourism company Emerald Farm Tours, told Forbes.

The rise in cannabis tourism coincides with a rise in acceptance of cannabis. A recent Harris poll found that 68 percent of Americans support legalization of cannabis.

The survey also found that half of all Millennials say cannabis legalization is an important factor when they choose a place to vacation. Another 43 percent of Millennials said they have already chosen a vacation spot because cannabis was legal there.

Eight in 10 Americans believe the U.S. government will make medical cannabis legal in the next five years, the survey found. Of those surveyed, 77% support medical legalization.

“Cannabis is on its way to becoming mainstream,” the Harris Poll wrote on its site. “Americans see cannabis legalization on the horizon, and that the stigma surrounding cannabis consumption is fading away.”

The success of cannabis tourism in California and Colorado has led to more states focusing tourism marketing on cannabis. Part of the reason, as Pinho told Forbes, is that cannabis tourists tend to spend $300 to $400 per visit to a dispensary, much more than local customers.

Because of this attention on cannabis tourism, projections call for a robust future for the cannabis tourism business. For example,  a report from MMGY Travel Intelligence Insights found that 18 percent of U.S. tourists have an interest in a cannabis-related experience while on vacation. For those from a household with a medium income of $50,000, that number jumps to 62 percent.

Cannabis tourism also is no longer driven by stereotypical hippies or stoners. Forbes reported that research done by the Cannabis Travel Association International found that the average cannabis tourist looks a lot like the normal, upscale vacationer. They are just as likely to be female as male, usually are Millennials or younger, hold a college degree and have an average household income of $87,000. 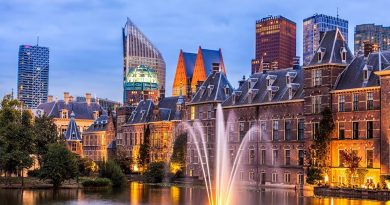