Alaska is on the cusp of becoming the first state in the U.S. to allow people to consume marijuana within authorized marijuana establishments. The Alaska marijuana laws have already passed, now the final details are being decided before in-store marijuana use becomes open for business.

A vote last year from Alaska’s Marijuana Control Board made cannabis consumption legal in authorized retail establishments, but there are still major decisions to make before in-store marijuana use can officially begin.

Legislators have since been working to iron out the specifics of the licensing process, but the business license approval process is set to begin on May 24. Businesses began applying for in-store consumption licenses in February.

There are three sets of regulations being considered for just how these marijuana shops should operate.

The major differences between the three proposals, however, centers on whether or not consumers will be allowed to take the leftover products from the consumption area with them when they leave the establishment, according to The Washington Times.

There are also differences regarding the quantity of consumable marijuana.

Other Issues Being Decided

Other regulatory decisions are also being considered during the approval process. For example, Alaskan lawmakers passed legislation that will require people who apply for in-store marijuana licenses to pass a national criminal history check. Now that bill has been sent to Gov. Bill Walker to consider.

Though waiting for these approvals may seem to set the project back, the director of the Alcohol and Marijuana Control Office told the Times that not many applicants have even reached that point in the approval process.

The larger issue for the Alcohol and Marijuana Control Office is making sure that they have the staff to support the number of applications that are coming in. Director Cynthia Franklin told the Times that she does not have a large enough staff for the scope of the project.

“You cannot have a highly regulated industry where people are carefully examining documents and then skimp on the number of people that are available to do that and have the expectation that that is going to have no effect on the time that it takes to process the application,” Franklin said to the Times.

The approval timeline is among the decisions that still has to be made. Regardless of how long the process takes, Alaska will make American history when they open the door for their first in-store marijuana shop. 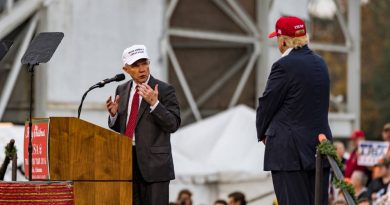 Colorado To Jeff Sessions: Come See The Cannabis Business Yourself