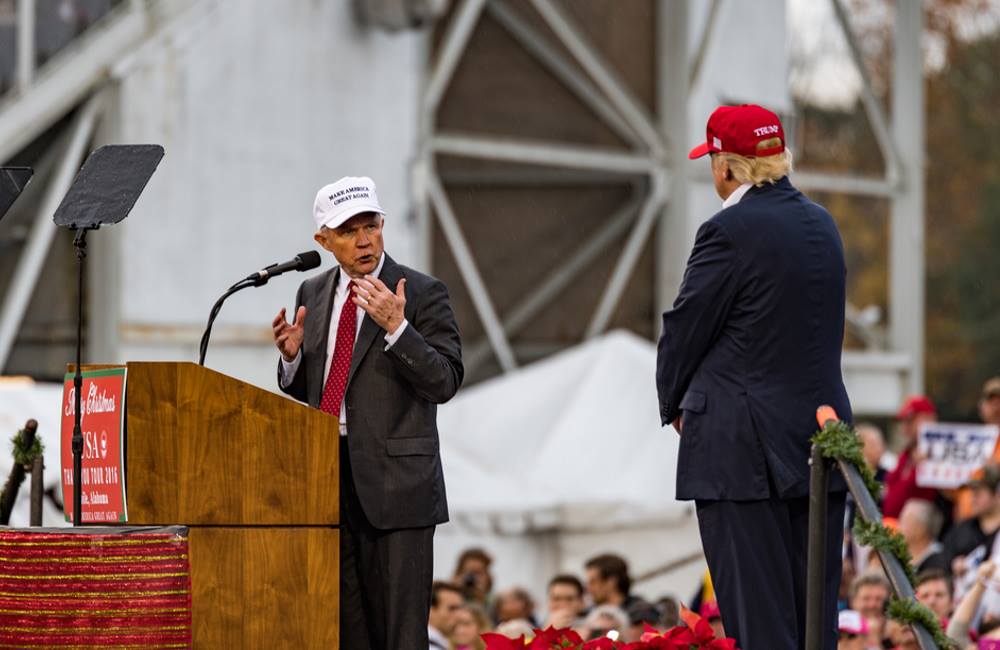 The attorney general for Colorado has extended an invitation to federal Attorney General Jeff Sessions this month to fly to Colorado and see for himself how the legal cannabis industry works.

Colorado Attorney General Cynthia Coffman made the offer in a meeting in Washington with members of Sessions’ staff.

However, a report from the Drug Policy Alliance found that violent crime in Washington state actually fell after voters there made recreational marijuana legal.

Coffman told the Denver Post she issued the invitation while attending the National Association of Attorneys General meeting in Washington, D.C. Sessions spoke to the group and again talked about his dislike for the legal marijuana movement.

During the meeting, Sessions said “I guess states can pass whatever laws they choose.” However, he added, “I’m not sure we are going to be a better, happier nation if we have marijuana sold at every corner grocery store.”

He also made light of reports that some people, including older Americans, are turning to marijuana for pain relief as an alternative to opioids and find it a safer alternative. “Give me a break,” he said.

Coffman said she made the invitation to come to Colorado to members of Sessions staff and that they seemed interested in making the trip. She said regardless of what happens, she intends to uphold the state laws.

Coffman also noted that Sessions and other Trump Administration officials have been short on specifics about what they plan to do. She said, “I don’t think they’ve decided how they are going to approach it or what they might do legally that would be different than the previous administration. I just think they are still figuring it out.”

At this point, there is some grey area when it comes to legalized marijuana and crime. While state officials and marijuana advocates say there is no correlation, very few studies have been done on the subject.

However, the Drug Policy Alliance report mentioned above saw a drop in crime in Washington. And while a report from the federal task force called the Rocky Mountain High Intensity Drug Trafficking Area Program found a more than 6 percent increase in violent crime in Colorado between 2014 and 2015, they took pains to note that “this is not to infer that the data is due to the legalization of marijuana.”

Sessions also has mentioned that officials in states bordering Colorado, especially Nebraska, have said Colorado has not done enough to stop marijuana grown in the Rocky Mountain State from crossing the border for sale in Nebraska. The federal Drug Enforcement Agency has worked with Colorado officials to curtail this problem.

While an issue, it does not fall into the “violent crime” category.