A new examination into the use of alcohol vs. marijuana has found that one clearly proves worse for your health.

That would be alcohol.

One thing often lost in the ongoing debate on legalization of marijuana is the fact that alcohol remains legal at a national level (not to mention cigarettes). And there is every reason to believe, based on scientific research, that alcohol is unhealthier for users than cannabis.

About 25 percent of all adults in the United States (those over the age of 18) had at least one heavy drinking day in the past year, according to the Centers for Disease Control and Prevention. Meanwhile, marijuana continues to rise in popularity as legalization spreads across the country.

Given those facts, Business Insider decided to take a look at which has the most negative impact on a person’s health. Here are some of their findings, as well as information from other sources on the issue.

The CDC reports that 30,722 died in 2014 from alcohol use. And that doesn’t count alcohol-related accidents or homicides. If those numbers were included, than the death toll would likely climb to about 90,000.

No one thinks that alcohol or marijuana actually cause violence. However, concerns have been raised about alcohol’s contribution to people acting out on a violent impulse. That, at least, is the finding of the National Council on Alcoholism and Drug Dependence, which reported that alcohol is involved in 40 percent of all violent crimes.

Many violent crimes are domestic disputes that spin out of control. However, a study of the first decade of marriage found that those who use marijuana are less likely to commit violent acts against one another.

When comparing Alcohol vs. Marijuana, pot may induce the munchies, but those who use cannabis regularly are actually less likely to be obese than those who don’t. A study published in the American Journal of Epidemiology found that the chances of obesity are lowered by about a third for those who use marijuana at least three times a week.

Alcohol, however, has been linked to weight gain. A 2017 study from the American Journal of Preventive Medicine found that “regular heavy episodic drinking in young adulthood is associated with higher risk of gaining excess weight and transitioning to overweight/obesity.”

In 2015, Dr. Aaron Carroll told CBS News that by “any metric” marijuana is safer than alcohol. That opinion seems shared by many in the medical community. Certainly, there are few doctors prescribing “medical alcohol,” while medical marijuana is legal and prescribed in more than half the U.S. states.

These represent just a few issues marijuana advocates can point to when debating about the potential impacts of marijuana, especially in comparison to alcohol. Oh, and marijuana users also have more sex, too. 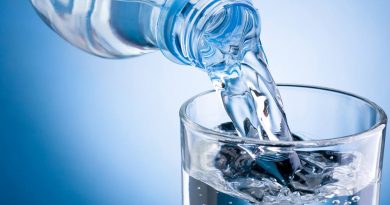 Marijuana For Anxiety Relief May Work Through Stimulation Of A Molecule, New Study Shows