As with many political debates, the one surrounding anti-marijuana legalization tends to fall into passionate arguments involving morals, with a smattering of science thrown in.

Is it “right or wrong” to use marijuana? This study shows it’s safe, but this one doesn’t. And so on.

But, as is also the case with most political debates, the real issue is money. Lots and lots of money.

While the common civilian might see marijuana as an issue of personal freedom or a health issue, for thousands of others it’s about potential income, either lost or gained.

Ideology seems to back their efforts. Kennedy has said he faced personal issues with drug addiction, for example.  He’s raised at least $2 million for SAM.

However, many groups oppose marijuana legalization, and it has nothing to do with health or safety issues. It has to do with the pocketbook.

The Foundation for Economic Education recently ran down a list of organizations firmly in the anti-legalization corner. They include the following.

Groups such as the National Beer Wholesalers Association, Anheuser-Busch InBev and the Wine & Spirits Wholesalers of America donated $4 million to groups opposing legalization, and another $19 million to candidates, many of whom oppose legalization.

According to FEE, law enforcement agencies have become “dependent” on federal War on Drugs dollars, as well as the money made from selling assets such as cars and homes of suspected drug dealers (many of whom are never charged, much less convicted).

Private companies and government agencies not only want marijuana kept illegal, they want longer sentences, according to FEE. The obvious reason is that they are paid on a per-occupant rate. Drug testing centers and addiction treatment companies also have sought to get marijuana addiction an insurable condition. Prisons also have become major employers in many rural areas across the country.

Medical marijuana – which in theory could be grown by patients themselves – obviously has severe financial consequences for the prescription drug manufacturing industry.

While watching a government official railing against marijuana legalization, it’s important to remember that anti-drug policy has become a $20 billion a year industry for government. That doesn’t count the value of assets seized in raids and later sold, which FEE reports was a staggering $27 billion in 2014.

A year ago, voters in a handful of states considered making recreational marijuana legal. The measures passed in California, Maine, Massachusetts and Nevada. It failed in Arizona.

The funding of some anti-marijuana efforts helps to paint a picture of who opposes making cannabis legal. They include the three following examples.

Arizona. In 2016, Arizona-based Insys Therapeutics gave $500,000 to Arizonians for Responsible Drug Policy, an anti-legalization group. Why? Because Insys, a pharmaceutical company, has developed a cannabidiol-based synthetic drug for pain relief and to reduce the symptoms of nausea. Legalized marijuana would hurt their chances for big profits from the product.

Las Vegas. Casino mogul Sheldon Adelson also gave $500,000 to the anti-legalization effort in Arizona and a whopping $2 million to fight legalization in Nevada, according to Business Week.

Those are just some of the key players behind the anti-legalization forces. While certainly some have arguments against cannabis based on health concerns or its potential effects on users (particularly teenagers), for many others it’s all about the money. 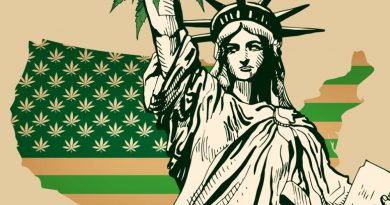