Thailand officials may have recently decriminalized cannabis, but that doesn’t mean they want cannabis tourism in Thailand. The country’s health minister made that clear in a recent interview about Thailand’s new cannabis laws.

Anutin Charnvirakul told reporters that when it comes to foreign visitors coming to his country to try marijuana, Thailand officials would rather they didn’t. “We don’t welcome those kinds of tourists,” he said. He made the remark just two months after Thailand largely decriminalized cannabis for recreational use. The country already had made medical marijuana legal in 2018.

The country is the first in Southeast Asia to make any type of marijuana legal, making the country a natural draw for cannabis tourism. Where government officials see a problem, businesses and the cannabis curious are seeing an opportunity.

While Charnvirakul and other Thailand officials have made it clear that they decriminalized the cannabis plant for medical use, Reuters reported that the change quickly opened the door to establishment of special smoking rooms. They’ve been popular for both local residents and visitors.

Still, those smoking in public face a 25,000 baht fine (about $706) or a three-month jail sentence for smoking cannabis in public.

The change in Thailand also has led to the potential that legalization could spread to other countries. For example, officials in Malaysia are watching how events unfold in Thailand to determine whether they should seek to legalize marijuana. Such a move would make a drastic change to Malaysian law, which currently can call for the death penalty for those in possession of cannabis.

For businesses in Thailand that require tourist dollars to survive, the move in June to decriminalize the plant opened the door to another way to attract visitors. The packed cannabis cafes that draw tourists and area residents have been a positive even as the tourism industry continues to operate far behind 2019 levels.

Thailand, which has Southeast Asia’s second largest economy behind Indonesia, is heavily reliant on tourist dollars. In 2019, before the COVID-19 pandemic, the country saw 40 million visitors. By comparison, only about 2 million visitors have come to the country in the first half of 2022.

Some businesses, such as the RG420 cannabis cafe in the Khao San area of Bangkok, are drawing capacity crowds just a few days after opening, according to Reuters. RG420 owner Ong-ard Panyachatiraksa told Reuters that cannabis cafes are an important part of reviving the tourist industry.

“Europeans, Japanese, Americans – they are looking for Thai sativa. Cannabis and tourism are a match,” he said.

Even Anutin said Thailand officials may explore recreational use of cannabis once they do more research into its effects. “It might come in the near future,” he said. But for some businesses, local residents and even cannabis tourists in Thailand, that time is already here. 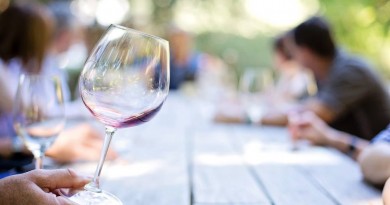 How Weed Is Like Wine: An Interesting Look at a Budding Industry A Look at Marijuana History

Which 2018 Marijuana Festival Will You Attend?