Political leaders in the United States sure are split on the decision on whether to legalize marijuana or not. Attorney General Jeff Sessions, who has made it clear he is opposed, just made another bold move towards cracking down on the legal pot industry.

Sessions just recently reversed a policy that was enacted during the Obama administration which kept the federal government from interfering with marijuana friendly states. This will give federal prosecutors the power to choose how they want to enforce laws surrounding possession, cultivation and distribution.

With all the differences of opinion from the state and federal governments, it seems like a very long shot to expect leaders to legalize marijuana anytime soon. One Senator from Oregon however is trying to do just that.

Will We Legalize Marijuana?

The chances of at least having a debate on the issue took a big step forward at the end of 2017. Sen. Ron Wyden, a democrat from Oregon, has signed on as co-sponsor of the Marijuana Justice Act.

The act, filed by New Jersey Sen. Cory Booker, who is also a Democrat, would remove marijuana from the list of illegal controlled substances at the federal level.

If successful, it would mirror what is happening in Canada. There, the government expects to begin legalized marijuana sales in the summer of 2018.

For marijuana supporters, it’s interesting to know the details of what Booker is proposing, and why.

The “what” is fairly straightforward. Marijuana is currently – and has been since the 1970s – listed as a Schedule I illegal drug. That puts in on par, at least in the eyes of the federal government, with the likes of cocaine and heroin.

More than half the U.S. states have now legalized marijuana for medical use. And, as mentioned, a handful have done so for recreational use. They include Alaska, Colorado, Oregon, Nevada and Washington. California and Massachusetts will join them in 2018.

For financial reasons, leaders in some states support the push to legalize marijuana for recreational use. They look to numbers from Colorado and Washington on the jobs created by the marijuana industry as well as the tax and fee money taken in by governments.

Booker, however, has cast the marijuana debate as one about social justice.

In a recent Facebook post, Booker said that the federal drug war has “had a disproportionately devastating impact on Americans of color and the poor.”

He also said, “For decades, the failed War on Drugs has locked up millions of nonviolent drug offenders—especially for marijuana-related offenses—at an incredible cost of lost human potential, families and communities torn apart, and lost taxpayer dollars.”

Booker’s stance is backed up by numbers from the American Civil Liberties Union. For example, the ACLU reports that 52 percent of all drug arrests in 2010 were for marijuana possession, much of it small amounts.

Also, between 2001 and 2010, 88 percent of all marijuana arrests were for possession, the ACLU reported. Also, they found that black people were 3.73 times more likely to be arrested for marijuana than white people.

In New Jersey, newly elected Gov. Phil Murphy has also made the issue of marijuana legalization one of fairness and social justice. He intends to sign a bill making recreational marijuana legal in the Garden State if it makes it through state Legislature in a form he supports.

Moving forward, expect the legalize marijuana debate to fall into this area. While literally millions – in some cases, billions – of dollars are at stake, there also is a social justice component to the issue that is driving more and more of the conversation. 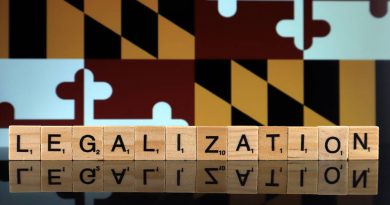