Three years after voters approved a referendum that made recreational marijuana legal in the state of Maine, voters there will finally have the chance to buy adult-use cannabis in March 2020.

It’s been a long road since November 2016, when Maine voters approved adult-use sales at the ballot box. Things got off to a bumpy start in 2017 when former Gov. Paul LePage vetoed a legislative bill that set regulations for adult-use sales.

But the long political battle seems to have reached the end with the approval of a bill that opens the door for the Maine Office of Marijuana Policy to adopt final regulations for the marijuana industry.

At long last, Maine residents will get the benefits of having legal cannabis for recreational use.

With Maine starts legal sales, it will mean that the voters’ will as voiced in the November 2016 election will have been enacted in every state.

Nevada had adult-use sales up and running by July 2017. California started in January 2018. Massachusetts had difficulty getting their system off the ground. However, the first dispensaries opened in November 2018. Maine will be the last to begin sales, almost three years after Nevada.

However, despite the bumpy start, legalization in both Maine and Massachusetts is seen as important as it brought legalization to the east coast.

Other States That May Legalize in 2020

Since that historic vote, voters in Michigan have also approved adult-use cannabis sales (in November 2018). In 2019, Illinois lawmakers approved recreational marijuana, marking the first time a state legalized cannabis without a vote of the people. Vermont has done the same for cannabis use but does not allow sales.

What other states could join them? Both New Jersey and New York legislators tried to legalize in 2019 but failed. The financial site Motley Fool recently took a shot at projecting what states might legalize in 2020 by either legislative action or ballot initiative.

Of these, Florida and New Jersey are seen as the most important because of their population. Florida is the third biggest state in the country with 21.2 million residents, while New Jersey is the 11th with 8.9 million.

Marijuana Legal in Seven More States, But Not For Sale Anytime Soon 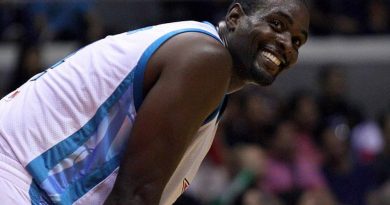