The first rule of Fight Club is you do not talk about Fight Club. That’s the second rule, too. But that’s just the movies. In Nevada, a new fight club has emerged that everyone is talking about. Faced with a rapidly growing legal adult-use marijuana industry, cannabis employers in the Silver State are facing a challenge: finding qualified people to fill jobs in the pot industry.

It was started by Jason Sturtsman, a Las Vegas business consultant and cannabis advocate. The club aims to improve a person’s chances of landing employment in the marijuana industry.

“There are thousands of applications that come in on a regular basis to every single dispensary and cannabis business in the state,” Sturtsman told a recent class at the club. “The way to differentiate yourself is to get educated.”

The jobs that the marijuana industry brings to states that have legalized cannabis has been the focus of many media reports over the years. That’s because the numbers are impressive. Especially during a period when part of the United States economy have faced challenging times.

The only challenge with the cannabis industry is finding people to fill jobs. In Colorado alone, the marijuana industry created 18,000 jobs in 2016 alone. With large states such as California and Massachusetts expected to start legal recreational marijuana sales in 2018 – as well as Florida starting medical marijuana sales – those numbers are only expected to grow.

Nevada is a special case. With the number of tourists who visit places such as Las Vegas and Reno, marijuana sales already have taken off at a faster pace than they did in Colorado when it started adult-use sales in 2014.

Nevada started recreational sales in July. In just the first two months, dispensaries in the state recorded $60 million in sales. The record pace of sales means the creation of thousands of new jobs.

In his Budtender Fight Club classes, Sturtsman charges $20 per person. In exchange, he offers an education on how the pot industry works, from grow houses and dispensaries to transportation and security.

He also offers a crash course in areas such as marijuana edibles, cannabinoids and terpenes.

Sturtsman argues that an educated workforce is needed to fill the specialized positions in the marijuana industry. Proof he’s on the right track can be seen in the fact that some employers come to his classes to actively recruit the best students.

“We’re here looking for the people in the industry who are hungry for the education because it gives our customers and patients a better experience.”

Sturtsman himself plans to expand his own business. He hopes the monthly, three-hour course may eventually become required for those who wish to work in a Nevada dispensary. He is developing a new curriculum for December with that goal in mind. 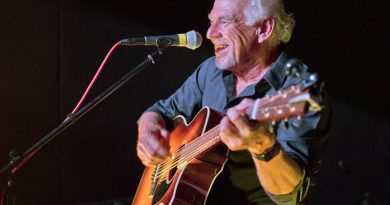