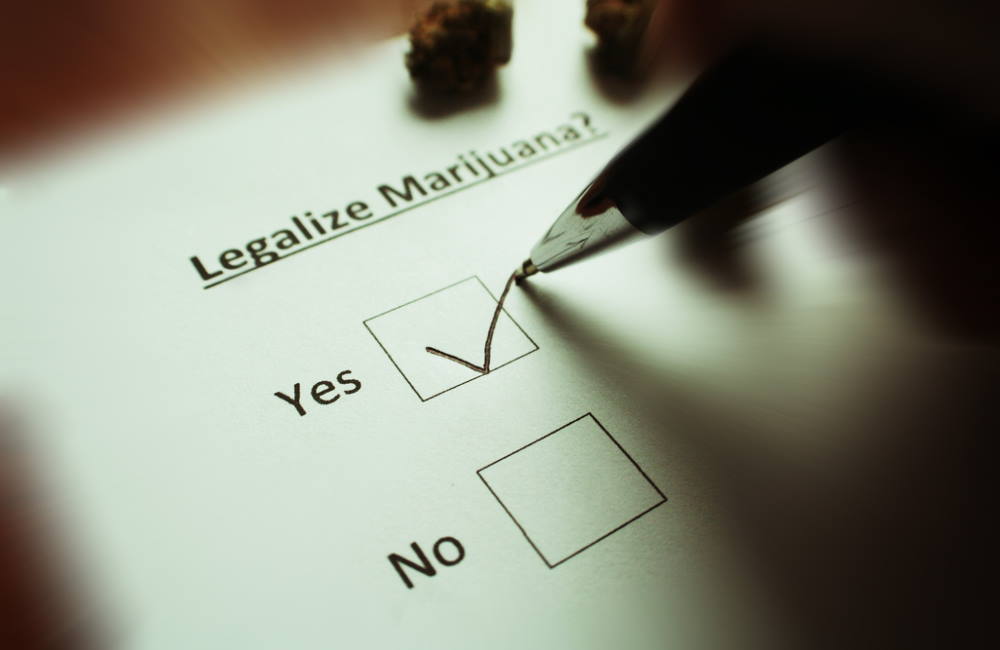 As the dust continues to settle from the 2020 election, what’s clear is that it turned out to be a very good year for marijuana legalization proponents. Voters in five states made cannabis legal for recreational or medical use.

Those numbers seem all the more remarkable when considering that less than a decade ago, no U.S. resident could legally buy cannabis anywhere. But after voters in Colorado and Washington started the legalization ball rolling in 2012, the issue has spread like wildfire around the country. It also seems like an issue that everyone can agree on, regardless of political party.

“In this year’s election, there was a clear down ballot winner: cannabis,” reported NBC News. Arizona, Montana, New Jersey and South Dakota all legalized marijuana for recreational use, while voters in Mississippi legalized it for medical use.

The States Where Cannabis Is Legal

With the results from the November election, the number of consumers who have legal access to marijuana has now reached more than 100 million in the United States. That includes – or will include once sales start in all states – the following states.

In reacting to the news, NORML’s Executive Director Erik Altieri noted that in most cases, the people have had to take the issue directly to a referendum. In almost every case, the people are ahead of the politicians when it comes to legalization.

In a news release, Altieri said the election results “once again illustrate that support for legalization extends across geographic and demographic lines. The success of these initiatives proves definitively that marijuana legalization is not exclusively a ‘blue’ state issue, but an issue that is supported by a majority of all Americans — regardless of party politics.”

Chances of Legalization At Federal Level

Despite the support among voters in states, most observers do not expect the federal laws to change on marijuana. Currently, marijuana remains listed as a Schedule I illegal drug at the national level, alongside cocaine and heroin.

The presumptive President-Elect Joe Biden has said he wants to decriminalize marijuana. But he has not openly said he endorses legalization at the federal level. The U.S. Congress may vote on the decriminalization issues as soon as December.

Still, others hold out hope that consumers in every state may eventually get access to legal cannabis. Mason Marks, a law professor at Gonzaga University, told ABC News that the votes in November showed both Republicans and Democrats agree on the issue – a rarity in today’s political world.

He added, “This indicates that people are frustrated with the outdated drug policies from the 1970s.”