Marijuana might be legal in more places than ever, but there remains an issue that all cannabis smokers face: the lingering, acrid odor that’s left behind after marijuana is smoked.

With that issue in mind, here are some suggestions for ways to eliminate the odor.

There are many different approaches to eliminating or reducing the odor that comes from smoking marijuana. Anyone who partakes probably can tell you their favorite method. But if you are looking for some ideas to get you started, here’s a few methods that usually work.

Vape pens. This relatively new method of partaking of cannabis is growing rapidly in popularity because it makes smoking discreet. The pen contains a heating element that vaporizes marijuana without creating any smoke. Prices continue to go down for pens, but it’s better to spend a little more on one that works best.

A smoking room. In your home, don’t fire up in common areas where house guests and roommates are typically going to gather. If your bathroom has an effective ventilation system, try there. Better yet, go back to your bedroom and sit near an open window.

Change clothes. This is simple step, but one that works well if you can discipline yourself to do it. Have a set of clothes, especially a shirt, to wear when you smoke. When you are done, change your shirt and keep the “smoke shirt” stored somewhere where it won’t be noticed.

Spray. This is the tried and true method since people first tried to hide the fact that someone just smoked weed. There are a host of sprays for carpets, furniture, clothes and the air. Experiment with the one that works best for you.

Cook food. If you are going to cook anyway, wait until after you smoke. Obviously, the smells of cooked food will mask the smell of marijuana. It’s especially effective if you cook something on the stove top in oil, or cook something with a strong odor, like onions.

Don’t smoke. There are many different ways to partake of cannabis, notably cooked into food. Try eating rather than smoking marijuana, eliminating the need for any of the tips above.

Whatever method you choose, it’s wise to take steps to eliminate marijuana odors. While cannabis has been legalized in many states and is more socially acceptable than ever, it’s still best to think of others and not offend with the smell of smoke. Keep these tips in mind and the situation should be manageable. 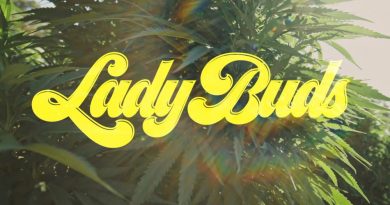