Cannabis retail centers are an emerging trend in communities across the country. The idea is to turn older buildings – often a dying mall – into a commercial center where people can shop for CBD and other cannabis products, as well as learn about their benefits.

The conversion of unused buildings into cannabis-related business has quietly been taking place across the country. For example, a developer hopes to turn a former police academy building in Flint, Mich., into a cannabis grow house. The city sold the property to the developer for $500,000 in May 2021.

But malls, which face tough economic times in many parts of the country, stand to benefit the most. That’s especially true in light of the fact that CBD products are legal across the country, allowing any mall, anywhere, to convert to a CBD business.

A New York development company is hoping to make that happen in locations across the country, including an unused and condemned mall in Adrian, Mich. The plans call for a cannabis retail center that offers a wide variety of services, including CBD and cannabis products, foods, spas and educational services.

“We intend to sell an experience for the consumer,” Raphael Dangelis, a developer with WeedXProject in New York, told the Daily Telegram in Adrian, Mich. He said the company is focusing its efforts on creating cannabis retail centers in communities with dying malls or “dated” malls.

The proposal under consideration in Adrian provides an example of both the potential and the roadblocks for the idea of creating cannabis retail centers in dying malls.

Adrian is located about 60 miles southwest of Detroit and only about 30 miles northwest of Toledo, Ohio. Both recreational and medical marijuana are legal in Michigan, while medical marijuana is legal in Ohio. CBD that contains less than .3 percent of THC is legal nationwide.

Dangelis told the Daily Telegram that hundreds of thousands of visitors circulate each year through the proposed cannabis retail center at the now-closed Adrian Mall, as well as spend money at other local businesses. Officials condemned the mall in June 2020 because of structural issues that made it unsafe, including roof issues and water damage. The mail first opened in September 1970.

The New York developers plan to renovate the mall, bringing it back into compliance with safety standards. Their plans, presented to the Adrian City Commission through a virtual meeting in September 2021, involve turning the mall into a cannabis retail center. The plans call for:

Roadblocks for a Cannabis Retail Center

Despite the potential, the idea faces roadblocks. According to the Daily Telegram, some commission members said a major cannabis retail center in town – even if it helps a dying mall – is not something they support.

Commissioner Mary Roberts also said her vote for the proposal is “no” at the moment, although she said that other dispensaries and CBD retailers have helped rejuvenate the city’s tax base. Her issue seemed to be the large size of the project. Another commissioner called the idea too “progressive,” while yet another said the mall location is too large and visible to focus on cannabis.

A couple of other commissioners seemed open to the idea, leaving the issue unresolved for now. Meanwhile, Dangelis said the developer is also pursuing cannabis retail center projects in Colorado, Illinois and Oklahoma. Can You Fail a Drug Test if You Use a CBD Product? It’s Possible 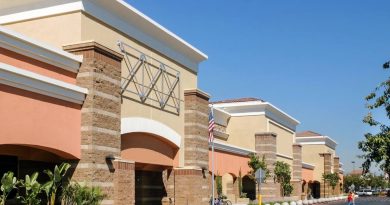