Drake, the Toronto-born rap star, is set to join forces with one of Canada’s most high-profile marijuana companies to create a new cannabis products business called More Life Growth Company.

The deal was announced recently in a press release issued by both Drake and Canopy Growth. The new Drake More Life company will be based in Toronto and focus on wellness products.

“The opportunity to partner with a world-class company like Canopy Growth on a global scale is really exciting,” Drake said in the release. “The idea of being able to build something special in an industry that is ever growing has been inspiring. More Life and More Blessing.”

Toronto is the hometown of Drake, whose full name is Aubrey Drake Graham. Most Americans first came to know of him from his job as an actor on “Degrassi: The Next Generation” in the early 2000s. His debut record, “Thank Me Later,” debuted at No. 1 on the Billboard charts. He won the Grammy Award for Best Rap Album for the 2011’s “Take Care.” He’s won four Grammys in all.

He’s long been an advocate for marijuana. In 2012, he told The Guardian: “Have I smoked weed? Yes. Do I drink wine? Yes. But do I do it excessively? No. I’m not a reckless guy. I do it all within moderation.”

In the deal with Canopy Growth, the 33-year-old will have a 60% stake in More Life. Canopy Growth has its operations in Scarborough, Ontario, an unofficial borough of Toronto just east of the city.

According to the press release, the Drake More Life brand will make its products in Scarborough. The company has a license to cultivate, process and sell cannabis products. Canopy Growth will oversee the operation and retain the rights to distribute the product.

Drake is “uniquely positioned to bring his innovative eye to the recreational cannabis industry” because of his success in television, music, fashion, sports, brand development, content curation, and social and digital media strategy, according to the release.

More details are expected soon on what the new company will offer. The press release mentions wellness and “overall personal growth” in connection with the More Life brand.

Drake had a record in 2017 called “More Life.” Days before the announcement with Canopy Growth, his team delivered “Drake More Life” flowers to people around downtown Toronto as a way of teasing the announcement.

Drake is the latest celebrity to team with Canopy Growth. Martha Stewart is an advisor on product development and Snoop Dogg has partnered with the company on a product called Tweed. 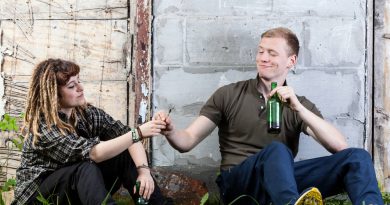