Most people think that the current movement to legalize marijuana and make it an accepted part of culture in the United States started with the counterculture movement of the 1960s.

That’s true up to a point, at least in the modern era. But many people forget (or never knew) that marijuana was legal in the United States until the 1930s. Not only was cannabis considered a medicine, but many grew hemp just like they did corn and potatoes.

As the “drug war” rhetoric picks up steam among some in the current White House administration, it’s a good idea to look back and understand that many of our forefathers didn’t see marijuana as that big of a deal.

Back then, cannabis wasn’t seen as “counterculture” but as part of the culture. Here are three examples of famous early Americans who used marijuana.

Yes, the Father of Our Country grew hemp on his farm in Mount Vernon, Virginia. That’s an activity that would get him charged with a crime these days. According to the Mount Vernon website, early Americans considered hemp a great material for making rope or the canvas for ship sails. Washington believed in hemp so much that he considered it as an alternative for growing tobacco, but ended up choosing wheat instead. However, he grew hemp to serve the needs of his estate, using it to make rope, canvas, nets for the fisheries and thread for sewing sacks.

He’s not the only president to have used marijuana products for various purposes.

The man considered one of America’s greatest writers also enjoyed marijuana in San Francisco – about 100 years before the hippies showed up in the same city. According to a report in the San Francisco Chronicle (then called the Dramatic Chronicle) dated Sept. 18, 1865, Twain and a columnist from The Californian literary paper were seen “walking up Clay street under the influence of the drug,” followed by a policeman. In those days, as the Chronicle now explains, you could buy marijuana tincture or in solid form right at the drug store.

Twain at this time was right on the verge of worldwide fame. Little did he know people would still read about his day hanging out with his friend in San Francisco more than 150 years after it happened.

The man who brought us mass production of automobiles also advocated the use of marijuana – for business purposes, of course. He experimented with the use of hemp to make a lighter-weight car using plastic that included hemp, soybean and other organic materials, according to the Henry Ford website. It may also have been designed to run on organic-based fuel. The car, unveiled in 1941, was 1,000 pounds lighter than a steel car. However, hemp was outlawed in the late 1930s and the outbreak of World War II halted automobile production, effectively ending Ford’s soybean car dreams.

So long before the Summer of Love, Americans saw the potential of cannabis and cannabis-derived products in the United States. As the debate over marijuana legalization at the federal level continues, that’s an important fact to keep in mind. 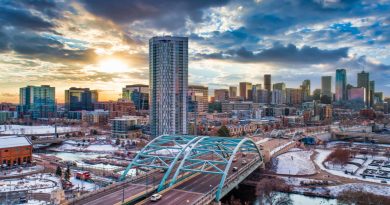