There are plenty of offbeat stories on the legal marijuana industry, but here’s something you probably never thought you’d read: Maine officials are investigating a restaurant that’s getting lobsters high before boiling them.

Charlotte’s Legendary Lobster Pound became even more legendary after the owner admitted the restaurant was giving lobsters cannabis before throwing them into the lobster pot.

They do it by blowing marijuana smoke into the lobsters’ enclosure.

Why? To sedate the lobsters, therefore making their deaths less traumatic. The restaurant plans to start offering the marijuana-sedated lobsters to customers as early as October.

The restaurant owner, Charlotte Gill, has even started calling her restaurant the “home of the high-end lobster.”

Maine officials asked Gill, who has a medical marijuana license, to stop using marijuana on lobsters because of the unknown health implications. Patrons, the officials, said, would not have information on the possible consequences of eating a lobster that has been sedated with marijuana.

For the record, no one is suggesting you would get high from eating the lobster, like with a marijuana edible.

A spokesperson for the state’s Department of Health and Human Services told the New York Times that regulators would have to treat such use of cannabis as “adulterated and therefore illegal.”

However, Gill, according to her own website, believes with a few adjustments she can continue with the practice. She wrote that she is “completely confident” the adjustments “will bring us into undeniable compliance with not only the state but also any other associated issues that may arrive in the future.” The adjustment details were not given.

She said she reached her conclusion after researching state law. She emphasized that the state has asked her to stop, not commanded her to stop getting lobsters high. She also said she planned to start selling “high-end lobster” to customers in November, but now may move it up to October.

Of course, this story is attracting a great deal of attention because of its oddity. But it also raises some questions that probably will never be answered. They include:

On that last question, the Times talked with a researcher who has studied lobsters. Michael Tlusty, a professor of sustainability and food solutions at the University of Massachusetts – Boston. He said studies have shown lobsters do not experience the world the way humans do. That may include not feeling pain in the same way.

Gill’s sure about her position, though. If she was a lobster and had the chance to use marijuana before being boiled, she told the Times: “If somebody offered me that option and said, ‘Hey, do you want to do this first? I would say a resounding ‘yes.’”

It should be noted that Gill also told the Mount Desert Islander, a local news outlet, that a happier lobster makes for better-tasting meat. “The difference it makes within the meat itself is unbelievable,” she said. 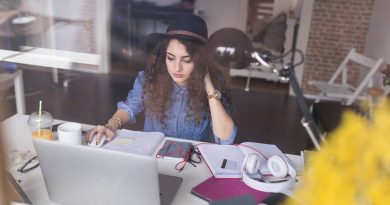 7 Marijuana Industry Jobs You Can Get Into Right Now