When you smoke weed, you get a feeling of euphoria and activities such as reading, watching movies, listening to music or tasting food all seem more interesting and engrossing. Time seems to slow, laughter comes easily, and you might also feel relaxed or energized.

Much of what happens depends on the strain you smoke. One of the many advantages with a legal marijuana market is that the cannabis curious who want to smoke weed can now get advice on what to choose by experts at their local dispensary.

In addition to the sensations mentioned above, marijuana also can help with many different medical issues. While not a cure, studies have found cannabis offers relief from a variety of conditions. They include:

For those who don’t need marijuana for medical purposes, it offers a different way to enjoy a free evening without consuming alcohol, which many do not like.

Marijuana is often used for pain management. Increasingly, people are beginning to see it as an alternative to using prescription opioids. There has been an epidemic of deaths associated with opioids. While some involve illegal use of heroin, many involve overdosing on prescription medications.

Legalization proponents argue that people at least deserve the chance to try marijuana rather than opioids for pain relief.

Many well-known people have publicly backed the legalization of marijuana. People like Joe Montana, Franco Harris and Golden State Warriors head coach Steve Kerr have talked about the use of marijuana to replace the pain medications so many current and former athletes use. Olivia Newton-John has talked about its uses for cancer patients who experience horrible nausea and loss of appetite with cancer treatments.

Other celebrity backers include Willie Nelson, Snoop Dogg, Martha Stewart, Rick Steves, and Bill Nye, among many others.

There are many common myths about marijuana that the cannabis curious should be aware of before they try it.

Legalization leads to more use. The Cato Institute reports that studies from around the world have shown no increase in marijuana use after legalization.

Marijuana opens the door to other drugs. Studies have shown that the majority of marijuana users do not go on to use other drugs, according to the National Institute on Drug Abuse.

Marijuana makes you paranoid. Some do experience feelings of paranoia on certain types of marijuana. Typically, though, that’s because they may have felt paranoid (especially about getting caught using marijuana) in the first place. In many ways, smoking weed is like entering that cave in “The Empire Strikes Back” – you only have what you brought in with you.

Marijuana harms the lungs. A study by the American Medical Association found that cannabis does not harm the lungs like tobacco does. Besides, you can always eat it, instead.

These are some of the issues around what it’s like to smoke marijuana. The experience differs slightly with each person. But in the right setting with the right strain for you, it’s likely to be a very pleasant experience. Tips For Beginners To Grow Your First Marijuana Plant at Home 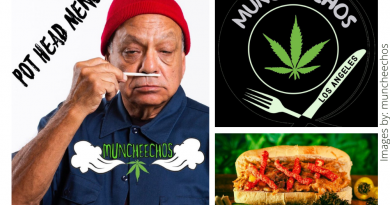