The mainstreaming of cannabis has been apparent for years to those paying attention. But in her new book, former ABC News reporter Heather Cabot describes in detail how marijuana has made the journey from taboo topic to acceptance in the past decade.

In “The New Chardonnay: The Unlikely Story of How Marijuana Went Mainstream,” Cabot writes about the explosive growth of the cannabis industry and the widespread acceptance of the plant by the masses. This includes Arizona, where Cabot has spent much of her life.

“I think if Arizona converts and expands its medical program into full adult use, I think there are a lot of people that are looking to get in on that because the program has matured so rapidly,” Cabot said in a recent interview with the Phoenix New Times. Cabot referred to the November referendum in which Arizona voters have the chance to legalize recreational marijuana.

Marijuana Has Moved to the Mainstream For Years

There’s been signs in the past of the mainstreaming of cannabis, which was once illegal across the country and unfairly associated with much worse drugs. Those signs include:

Cabot said she foresees a day when cannabis culture will overtake wine culture. In some parts of the country, she said it is already happening. She credited a lot of the acceptance to CBD products that do not have an intoxicating effect, but which people use as a wellness product.

She said that “people are looking for natural remedies” that can help them deal with issues such as getting better sleep and battling anxiety and stress.

Three Markets That Have Made a Difference

In the book. Cabot primarily writes about three major markets that she believes made a difference in pushing cannabis into the mainstream.

The first is Colorado, which became the first state to legalize recreational cannabis. The other two are Canada, where cannabis became legal for recreational use in 2018, and Arizona, which has a popular medical marijuana program.

For those who don’t live in these areas or other states where cannabis culture has blossomed, such as California or Washington, Cabot’s book could prove an eyeopener.

She also provides readers with a detailed look at the current research on cannabis and provides historical context on the beginnings of the legalization effort in California, where medical marijuana became legal in the 1990s. 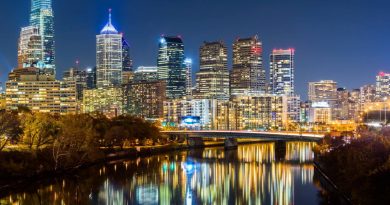